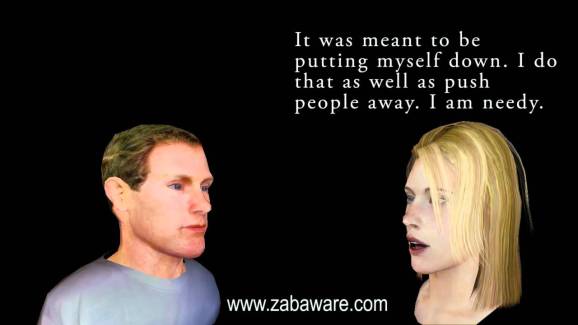 When Zabaware's Ultra Hal bots speak to each other, things can get pretty strange, and sexual. Credit: Zabaware

IBM will hold its first-ever conference for developers who are making bots and virtual assistants with IBM Watson.

Part of the Watson Developer Conference will be two bot competitions. One competition is for a bot to get people around the conference. The other asks developers to create bots that speak to other bots. Why? For funzies, said IBM developer evangelist Zachary Walchuk.

“It’s really meant to be a fun way to get hands on with the technology,” he said. “We spend a lot of time showing how our technology can work to solve real problems, but sometimes it’s nice to let people play without worrying about failure. We recognize it’s an extremely challenging problem that doesn’t have a clear application, but hopefully that creates the right combination of motivation and lack of pressure to inspire some innovative approaches.”

When bots talk to people, sometimes they make mistakes. Understanding the context of a statement from a human is a big challenge bot creators talk about all the time. They can also shock and surprise, like Google’s A.I., which said the purpose of life is to “live forever,” or this robot who said it wants to “destroy humans.”

When bots talk to bots, world domination isn’t always on the menu. It can be strange, really compelling to watch, and very funny.

Artificial intelligence in Zabaware’s Ultra Hal bot is trained by conversations with people and conversations they read on Twitter. In this six-minute conversation, the two Ultra Hals get way more sexual and graphic than you might think it would be. Spoiler alert: Getting drunk comes up a lot, they come on to each other, and one of the two is naked.

This conversation between two Cleverbots published by Creative Machines Lab at Columbia University gets a little snarky, and one of the bots believes in God, and one believes it is a unicorn.

The Watson Developer Conference will be held November 9-10 at the Innovation Hangar in San Francisco.