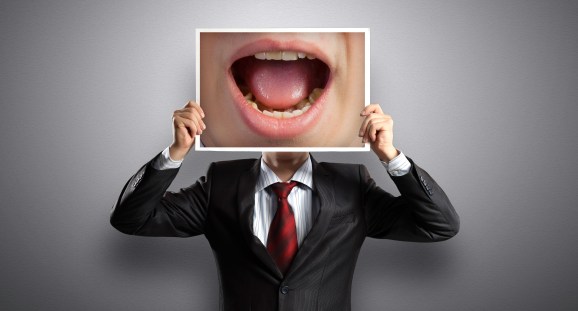 Not a day goes by where I don’t wake up to emails begging me for money. Everyone has the next big idea, and they are constantly pitching me this or that. I imagine most investors’ email inboxes look similar.

Out of every thousand pitches I receive, there may be one that gets my attention enough to want to be involved. The vast majority of pitches are generic, clearly would need a lot of hand holding, or paint a picture of a business that has already failed but the entrepreneurs are too blind to see. I rarely respond, which occasionally leads to more emails and more questions about why I am not interested. So I decided to compile a list of 15 things to stop doing when you pitch a startup to a private investor. Here it is:

1. Stop drinking your own kool-aid. If you’re not 100% honest with yourself, you won’t make the right choices that will grow and improve your company and will lower your chances at initial investment. Startup founders often act like they are the next big thing, the only one with ideas — like they’re billionaires already. Yes, you need to be confident approaching others for money as you’re not the only entrepreneur in the world. However, you also need to be skeptical of yourself — have a questioning attitude, be ready for the tough questions, and don’t be so easily convinced that your idea is so brilliant it can stand on its own without a solid business plan.

2. Stop asking people to sign NDAs before pitching your startup. I get that you want to protect your idea from disclosure or theft, but I’ll be brutally honest. Your idea is probably not worth anything to myself or any other investor. If you send me a non-disclosure agreement that you downloaded online, I will see it as a waste of my time to be granted the privilege of hearing how I can give you my money. Rather than create excitement that your product is special, you have already created a negative impression and a barrier. Review point 1 above. Save your NDAs for when you’re a big business.

3. Stop thinking social media likes are traction. In almost every pitch that comes my way, founders go on and on about their social media presence and likes on pictures, telling me “People love our products!” When I ask them how many people liking photos actually bought something, it’s clear that the love doesn’t translate into dollars. Anybody can have a popular social media channel if they have time and energy to put into it and network with others who spend all day on these sites. While social media is an important asset to any brand and lets brands interact with customers, it really doesn’t mean anything unless it is earning you money. I know high-school kids with more followers than actual millionaires.

4. Stop expecting someone to do the work for you. You want me to give you my money and do the work to make your dream come true? Not likely. One thing I see over and over is an early stage startup founder not only asking for investment but expecting me to walk them into stores and make all their connections for them. If I was looking to build a company from the ground up and do all the work, what do I need you for? Before asking for money, you should already have a clear plan of what it is going to be used for and what kind of revenue you can generate. Expecting an investor to give you money and do the work shouldn’t be considered a plan.

5. Stop crying about your lack of funding holding you back. Money isn’t hard to come by, and there is a lot you can do on a minimal budget. With today’s technology, you don’t need to spend the millions of dollars you once did to realize most ideas or at least get a lot of groundwork done. If you haven’t already spent your own money on making something happen, then don’t bother me.

6. Stop being secretive. While you may fear that someone will steal your idea, don’t approach an investor just to dance around and act secretive about what you’re doing. It is a sign you are very inexperienced and will turn investors off. You will never find a good fit in an investor if your plan is to keep them in the dark. You need to talk about and share your ideas. If someone with more money and resources wants to steal your idea, they will, and there isn’t much you can do about it.

7. Stop sending business plans. Other investors may not agree with me here, but I’ve never seen an original startup business plan adhered to. I’ve really only seen them shoved into drawers and never looked at again. I’m more concerned with execution than a piece of paper full of projections and speculations. I won’t look at it, and most others won’t either, so save yourself the time. Documentation can come later if there is interest in the overall idea. Use your energy to be well versed in your product, your plan, and what you are committing to so you can have a meaningful conversation with a potential investor.

8. Stop avoiding lawyers. If you’re running a legal entity that is asking for funding, making contracts, and dealing with people who do not play around with child-size deals, you need a lawyer to ensure things are being done correctly. This is business, and business has a lot of laws and regulations. Lawyers cost money, but engaging one to work on your behalf will protect you from a number of problems. Stop being cheap and downloading contracts from online legal sites. They just aren’t good enough. There are other areas where you can economize or find off-the-shelf supports. Anything legal is not the place to pinch pennies. Think of it like this: Would you fight a murder charge using Internet self-help materials? If the answer is no, then don’t trust your business to the equivalent.

9. Stop comparing yourself to other brands and startups. Just because a similar startup was acquired or had success doesn’t mean the same will happen for you. In fact, pitching your idea while going on about someone else makes me more interested in their product than yours. You’re not the next Nike; you’re not the next Apple. Just stop. Be original, because you really cannot afford to compete with established brands. Other brands and startups shouldn’t be a thought in your head.

10. Stop sending more than one email — and use spellcheck. As the founder that wants to be taken seriously, you should at least know how to spell or use spellcheck. I have received emails that have said “R U interested in investing wit me?” Bad spelling will ensure you don’t get a response, regardless of the idea, simply because it shows you don’t take things seriously. Also, continuously sending follow-up emails becomes more of an annoyance than anything to your benefit.

11. Stop pitching if you haven’t failed before. I don’t know a successful entrepreneur who hasn’t failed and learned from their failures. You need to fail before succeeding so you aren’t so full of yourself and don’t make the same mistakes again. Rather than cover up your failures, please share them and what you learned. I’d rather work with someone any day who has failed over someone inexperienced who thinks they’re invincible.

12. Stop looking stupid on social media. If I get a pitch from someone, I often look them up on social media. You wouldn’t believe how many times I find pictures of them flashing money (something rich people don’t really do), doing drugs, arguing with people, or behaving like idiots in general. None of which makes me want to do business with them. Think about what you post before asking people to invest in you, and understand that it damages your chances.

13. Stop attempting to value your company. A constant rookie mistake is attaching a value to your company when you have no sales or much of anything else. Potential does not mean you’re worth anything. I have had people pitch me saying they are worth millions of dollars with zero sales, zero company assets, and zero cash. Don’t try to put a value on nothing, and don’t try to sell me a percentage based on your emotion-clouded valuation.

14. Stop counting your chickens before they hatch. Just because stores, businesses, a celebrity, or investors have expressed interest doesn’t equal money in the bank for you. Don’t tell me about anything unless you have purchase orders or written agreements from anyone wanting to do business with you or buy your products. Expressed interest means absolutely nothing to an investor. I want to know how the money is coming and when. Nothing else.

Liam Massaubi is a repeat entrepreneur, investor, and Aboriginal business consultant. He is a proud Mohawk and a very busy dad. You can follow him on Twitter and Instagram @OldManLM.