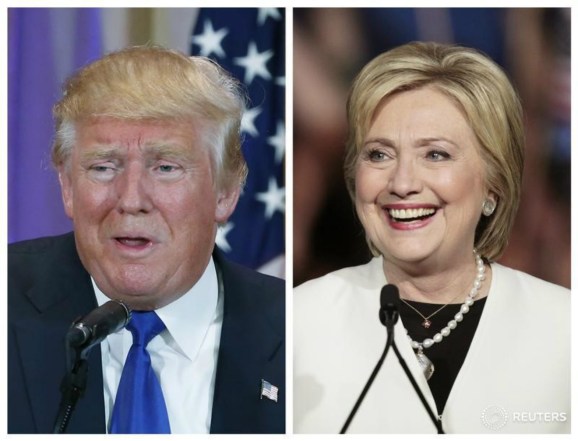 No matter where you stand politically, there is no doubt that the 2016 election is different from the rest. Never before have we seen two candidates this polarizing and levels of national frustration and discontent this high.

As the cofounder and CEO of a tech unicorn, Apttus, I can attest to the fact that the 2016 election has created a complex situation for any executive – one ripe for an enterprising team but certainly not without its risks. I’ve worked with investors closely and consistently over the past decade, and each has agreed that the presidential election plays a very important role and influences decision-making for a very specific reason: stability is king. And with this election, Americans are feeling more uneasy than ever.

It’s no wonder the IPO market is on track for its slowest year since the financial crisis, despite recent successes having raised a few eyebrows.

Digging into this further:

The markets have always been more comfortable with a known quantity in the political arena, and the numbers bear it out. For example, the S&P 500 has dropped an average of 2.8 percent in any election year that doesn’t feature an incumbent president since 1928, per Merrill Lynch Global Research. Conversely, when a sitting president is in the picture, the S&P 500 averages returns of 12.6 percent in that same timeframe. Throw in the poor performance of last year’s IPOs (investors have lost an average of 15 percent on 2015 IPOs) and the overall discontent with the 2016 presidential candidates, and the deck appears to be stacked against the market from the start.

Political campaigns of 2016 have reflected a rejection of the orthodox. From Bernie Sanders to Donald Trump, at least two major campaigns of the 2016 presidential elections have been outright rejections of the political and economic status quo. Even the campaign of Hillary Clinton, who is seen by many to represent a semblance of normalcy, has been molded by the widespread appeal for economic disruption. It is unclear what economic effect the proposed policies will have on the economy, but one certainty remains: the difficulty of assigning probability to the often contradictory economic implications.

Political uncertainty stalls growth. Democrat or Republican, a sitting president and Congress provide the markets at least with table stakes – the rules are established. During an election cycle, rhetoric is ramped up, and the country’s positions on taxation, interest rates, and other critical business factors become more opaque. This effects an IPO-focused business more than most. Growth becomes more difficult to project (though not impossible) when U.S. leadership and direction is not crystal clear. In times of political uncertainty, companies are generally less inclined to take risks, which can cut down on proposed expansions or even commitments to new regions and global tech implementations.

So, what does this mean for the tech investment market? According to CB Insights, North American deal activity in Q2 2016 was the lowest it has been since Q1 2012. Will we continue to see declining investor interest in deals and a stalled IPO market? I’d argue no. Here’s why:

1. Uncertainty is a constant. An IPO is, despite some of the media hype surrounding it, a beginning for a company, not an end point. A newly public company will bring in thousands of new investors, partners, and a tremendous analytical spotlight. From an investment perspective, a big-picture point of view is critical. There are always market uncertainties. Not knowing who the leader of the free world will be is a tremendous example, but there’s always something around the corner, and market volatility under any circumstances must be weathered. Remember the Stop Online Piracy Act (SOPA) in 2011? Any private company that hosted user content was likely holding its breath until there was more clarity on what could be posted legally.

Too many players in this space are stalling, not fully jumping into the pool, because they are cautious of short-term losses. An IPO, and investment in a newly public company, should be considered the beginning of a lengthy partnership and prioritized accordingly.

2. Gridlock will stall change. While it remains unclear which policies will win the day, the inherent checks and balances of a two party political system guard against immediate institutional upheaval. It is likely that the new president will arrive to a divided Congress, something that will block immediate presidential action. Most of the bold promises of the campaigns, in the case of a split Congress, will be stalled in the ever familiar congressional gridlock. Such congressional friction would provide an adjustment period for businesses, investors, and the general public. As we get closer to November, bombastic demands will (hopefully) make way for more realistic promises, giving investors more confidence going forward.

3. Profitability will become top priority. Looking at the bright side, the stress and uncertainty caused by this election may be a needed reality check. It’s only in this uncertain environment that we’ve seen an enormous push toward profitability as one of the principle success metrics for tech companies considering a public offering. It seems reasonable, doesn’t it? You must make money to be worth money. However, the financial books of Silicon Valley have long been tilted toward favoring potential and big ideas over practical selling power and market opportunity. That mindset is changing for the better.

In our 2016 election year, the U.S. economy has been performing well overall, and the money is available. Though investors have more questions and trends are changing more quickly, as long as a company has the necessary ingredients – a strong revenue path going forward, an experienced and decisive leadership team, and a sound vision for the future – the environment is ripe for successful tech IPOs.

Kirk Krappe is Chairman and CEO of Apttus and a veteran entrepreneur of enterprise software with more than two decades of SaaS experience. Prior to cofounding Apttus in 2006, he served as CEO of Nextance and held senior executive roles at I-many, Oracle, and Siebel.