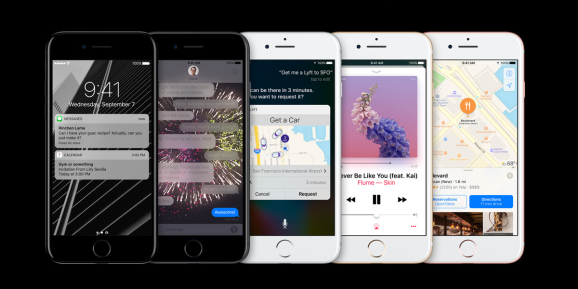 At its September 2016 event in San Francisco today, Apple announced the iPhone 7 and iPhone 7 Plus, successors to the iPhone 6s and iPhone 6s Plus, respectively. Apple’s 10th-generation phones are now official.

Preorders begin September 9, and the devices will begin shipping September 16. Before you get your credit card ready, and assuming you’re not enthused by Android 7.0 Nougat (that’s really your only option, as Windows 10 Mobile and BlackBerry OS are all but dead), you might want to see what exactly you’re getting. The tables below show you what Apple has changed, comparing the iPhone 6s to the iPhone 7 and the iPhone 6s Plus to the iPhone 7 Plus, at the time of each of their respective launches.

And now for the phablet comparison:

In short, for the extra $100, you’re getting a slightly lighter and faster iPhone.