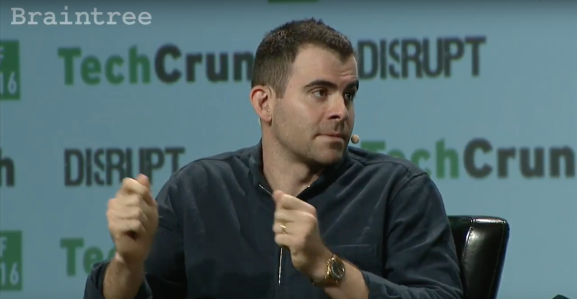 Facebook says on a given day, the average user on the social network will read about 10 percent of all the stories that are surfaced. Adam Mosseri, the company’s vice president of product management for News Feed, revealed while it curates 2,000 stories daily for users, unless you’re spending every waking moment reading through the News Feed, most of the time you’ll read about 200 stories.

On stage at TechCrunch Disrupt, the social networking company’s executive was grilled about the state of the News Feed product, which notably celebrated its 10-year milestone. However, it also comes as Facebook deals with several issues surrounding its most trafficked service — from trending topic controversy, perceived censorship, and more.

Repeatedly, Mosseri towed the party line by saying the goal of News Feed has been to try to connect people with the stories that matter. But that’s easier said than done because there are many sources that it needs to parse through. He told the audience that Facebook has been proactive in informing the social network’s 1.71 billion monthly active users about changes, such as ways to surface more posts from friends and family and fewer clickbait articles from publishers.

He explained that Facebook deals with an enormity of posts and aims to prioritize who you’re connected with — your friends and family. Then, over time that network will grow and more posts will enter your News Feed.

Facebook has previously said that the on average, people in the U.S. spend over 45 minutes a day on the News Feed. However, Mosseri added, “Slowly and steadily over time, people are spending more time reading more, liking more, and commenting more. We hope that’s a signal that we’re making the experience more interesting and relevant to people.”

He refuted allegations made that suggested that original sharing was decreasing on Facebook in terms of photos and status updates. “Sharing is an important part of the ecosystem from friends-to-friends, it’s healthy and it’s growing. It’s not growing as fast as publisher (public) sharing. There are more and more publishers posting to Facebook everyday and they’re posting more often,” Mosseri said. “What we try to do with News Feed is make sure there’s a good mix … we’re trying to make sure we’re doing as good of a job at connecting people with stories that matter to them.”

“There’s a lot of room for improvement,” he acknowledged when prodded about authentic content appearing both in the News Feed and trending topics. Last weekend on the 15th anniversary of the 9/11 attacks, a hoax article appeared on the social network and remained there for an undetermined period of time. Also, the company is facing issues with sensitive images that are historical or artistic, such as a recent case involving the Napalm Girl photograph.

He recognized Facebook’s role with the media, though, and suggested that the company is interested in being good partners with the press. Mosseri said the company’s responsibility to users is to “make sure we’re a platform for all ideas. That people are safe. That people are finding value on the time on Facebook. But we’re not in the business of deciding what issues people should read about.”