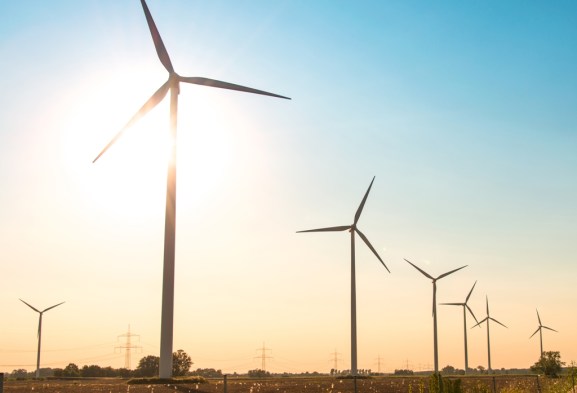 Amazon has announced a new 253-megawatt (MW) wind farm that will be opening in Texas next year, a project the internet giant says is it’s biggest renewable energy project so far.

Opening in late 2017, Amazon Wind Farm Texas will be situated in Scurry County and will generate 1,000,000 megawatt hours (MWh) of wind energy each year. For context, the average residential electricity consumer in the U.S. consumed roughly 10,837 kWh in 2012, or 903 kWh per month. Using that as a benchmark, Amazon’s new wind farm will be capable of powering the equivalent of around 90,000 homes each year.

Amazon isn’t in the business of powering homes (yet!), however. It’s in the business of selling services, such as AWS cloud computing, which consumes significant energy resources to power the data centers it relies on. Back in 2014, a Greenpeace study of “clean” internet companies found that Amazon wasn’t the greenest. The report noted:

AWS has dropped further and further behind its competitors in building an internet that runs on renewable sources of energy, estimated at only 15%, and is the least transparent of any company we evaluated.

However, Amazon has been upping its game since and has been striving to match its counterparts by committing to running AWS entirely on renewable energy. It’s an ambitious goal for sure, but in January last year, Amazon signed a 13-year deal with Pattern Energy Group to support the construction of a 150 MW wind farm in Indiana. And, six months later, a new a 208 MW wind farm was announced for North Carolina. In total, Amazon now has five wind farm projects, including farms in Ohio and Virginia, which were announced previously, and the combined energy output will amount to around 2.6 million MWh — capable of powering more than 240,000 U.S. homes for a year, according to Amazon.

A number of tech companies have committed funding to renewable energy projects, including Facebook, which is currently in the process of building a new data center in Ireland that will be powered entirely by wind. Meanwhile, Apple is investing in solar farms, Microsoft is investing in wind, and Google is following a similar path.

Amazon’s new Texas wind farm will be built by Lincoln Clean Energy (LCE), who will be the legal owner and operator — but Amazon has committed to buy roughly 90 percent of the power generated.