Enabled by Wi-Fi, Nucleus lets you use voice or video in the home to chat with other Nucleus devices or with Nucleus iOS and Android apps around the world.

“[Families] were buying three, four, five per house, so Amazon thought this was an exciting opportunity to get Alexa into homes that otherwise might never buy Echo, and inside those homes they’re getting it throughout the homes,” Nucleus cofounder Jonathan Frankel told VentureBeat.

Also announced today, Nucleus acquired competitor Insensi, maker of the Ily smart phone, for an undisclosed amount. A successful Ily crowdfunding campaign ended in June after generating $134,000 in Ily presales and other goods. 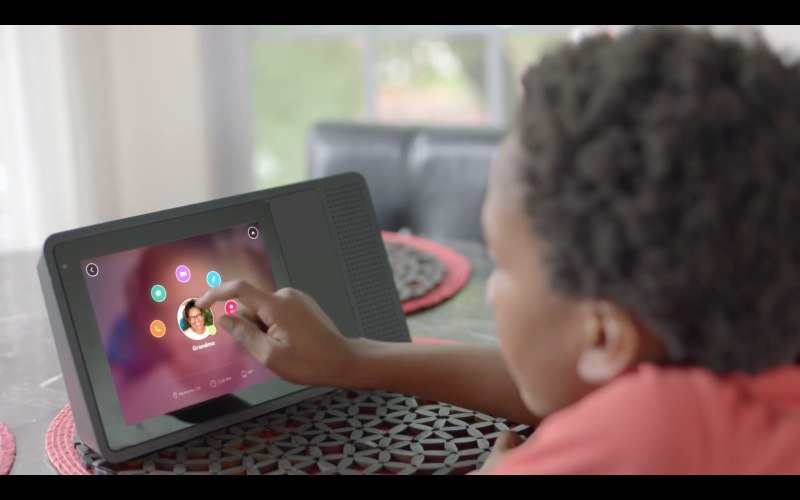 Nucleus began to receive preorders after its 2014 debut on the Today Show.

“The Ily was really beautifully designed, the front end engineering was really well done, and that was actually an area where we were lacking,” he said. “We have great back end engineers, webRTC [real-time communication] experts, and we have very good traction. But we are not as strong on the design and front end, particularly on mobile, and it was just a great complimentary matchup.”

Nucleus has raised about $9 million since it was founded in 2014. Other backers in this funding round include Greylock Partners, Foxconn, Liquid 2, Founders Fund Angel, and SV Angel. The company has 30 employees and is based in New York and Philadelphia.