Some 24 hours before Google Assistant launched as part of Allo last night, Google updated the beta version of its Google app. The big change? Almost all Google Now branding has been removed or replaced.

Android and Google blogs collectively lost it, quickly declaring that Google Now is dead. But wait, isn’t this just the beta app? We checked with Google and indeed there’s nothing to see here folks, at least for now. “We don’t comment on beta updates, as these are experimental and may change,” a Google spokesperson told VentureBeat.

Correct. Beta does not mean final. Plenty of changes and features in various Google products and services have never seen the light of day. Most naturally shipped, because that’s what betas are for — Google engineers aren’t writing code if there isn’t some chance the changes will one day roll out. 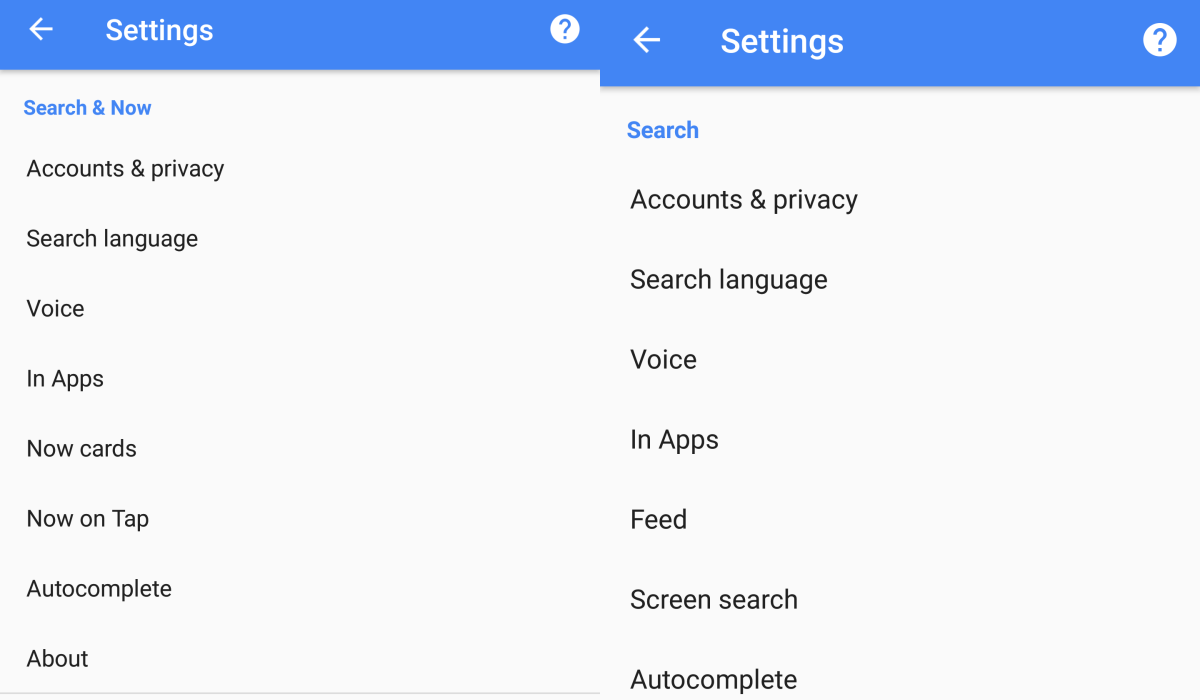 Android Police first broke the news yesterday, adding a note later that the app still has at least one reference to Google Now. Everywhere else, Google Now cards have been renamed to Feed (pictured above), and Now On Tap has been renamed to “Screen search.”

Does it make sense for Google to phase out the Google Now brand and just push toward Assistant, given that both are meant to provide contextual information? Yeah, sure. If bots live up to the hype, it makes plenty of sense. And even if they don’t, Assistant could still be the term encompassing all of Google’s A.I. efforts, regardless of the medium the help comes in (remember that even Google Photos has an Assistant).

If this branding change sticks, it won’t be the first time. The Google app for Android and iOS used to be called Google Search. Back in September 2014, the company rebranded it to underline that the app provides a lot more than just search results.

But for now, Google Assistant is only available in Allo. The Google app used by everyone aside from beta testers still has Google Now functionality. Whether this will indeed change remains to be seen.