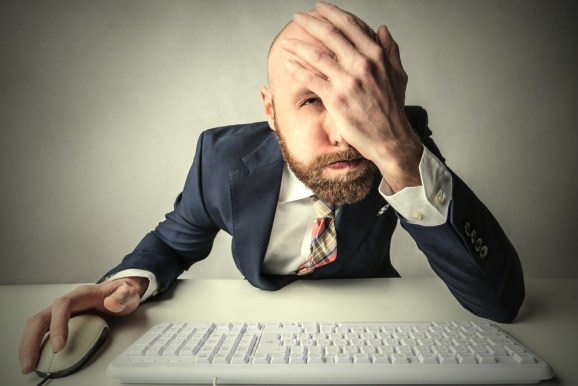 The time has come! You and your development team have put weeks of effort perfecting your new chatbot and are finally ready to unveil your creation to the world.

But building a bot is just the first step. There are tens of thousands of bots on Facebook, Slack, WeChat, and other popular messaging platforms, and only a handful have gained widespread adoption. Most bots have barely even been used. Improve your odds of success by making sure you avoid these common chatbot blunders.

1. Lack of a clear strategy

What do you want to achieve with your bot? Do you want to drive transactions and revenue? Save on customer support costs by replacing human staff with automated solutions? Provide highly personalized brand engagement that boosts user retention?

Or did you just get caught up with the hype of shiny new technology and aren’t really sure what your bot is for?

Knowing your goal and the metrics you’re targeting will help you hone in on the right audience, design the right bot functionality and experience, and ultimately guide your users to performing the key interactions that drive your bottom line.

A dedicated landing page for your bot gives users the option to first read and understand your distinct value add. Without the introduction, you’re leaving them to deduce your functionality by themselves.

For example, if you visit the landing page for the Poncho weatherbot, it clearly states how to use it — as a virtual weather agent.

3. Not listing in bot directories

Discoverability is very challenging for chatbots. Other than Telegram, none of the current chatbot platforms have robust search functionalities. In the meantime, third party lists and directories are being built to fill this void.

Since it’s free to be listed, it’s a no-brainer to submit your chatbot. The quality and functionality of these directories ranges from bare bones to full fledged, and some feature paid promotional opportunities. Here are the main bot directories that you need to list your bot in, including BotPages, Botlist.co, Slack directory, and more.

As with any other product description, how you describe your bot will either inspire or discourage users to engage. Bot reviews and rating systems are few and far between, so your description is key to your bot being discovered, understood, and adopted. Make your bot’s functionality and utility abundantly clear for your target users.

Here’s an example of what not to do: Scorebot’s description in the Slack store is “Rule the office!,” which gives users virtually no useful information as to the bot’s functionality or value add.

5. Not having a unique and findable name

Your bot name is one of the the only pieces of information, other than your icon and short description, that potential users see and use to decide whether to try you out. Furthermore, if your bot name is too generic, users might not be able to find you at all.

This problem is particularly exacerbated on messaging platforms like Facebook that lump bots together in search results with real people, business, pages, and other content. For example, looking for Esther Bot on Facebook turned up actual people named Esther Bot.

As with any name, make sure your bot name is easy to spell, pronounceable, and ideally at the beginning of the alphabet. Also try to avoid any brand and trademarked names, as that may get you in legal trouble.

6. Not clarifying that your bot is not a human

Currently on Facebook Messenger, search results lump Bots and Businesses together into one category, meaning a user can’t be sure if they’re messaging the human owners of a business, an automated bot, or even just a random person with the misfortune of having a name identical to your bot name. Remember the Esther Bot example from the last tip?

Facebook may fix this in the future with a clearer designation, but for now you should distinguish your bot from humans by either adding “Bot” or “Assistant” to the bot name or by having your bot clarify its role when starting a conversation with users.

As with any product development, the first few iterations of your bot will likely have bugs or unexpected UX issues. Invite existing users to beta test your bot and share feedback. Users will feel privileged and you’ll get extremely insightful information. Treat this bot launch as you would any other product build, complete with user research, testing, feedback, and constant iterations.

8. Not leveraging existing users for promotion

Existing users aren’t just great for early feedback. They are often your greatest advocates, since they’re already fans of your brand or business. TheScore, which launched their bot at F8 in April, promoted their bot to their existing social media channels, which had over three million fans and now has DAUs (daily active users) in the thousands.

Engage your most excited existing users with your bot, pay careful attention to their usage and feedback, and include in your marketing plan ways for them to easily share, use, and promote your bot with their friends.

9. Being overly pushy or spammy

Messaging is an intimate act. People are used to messaging with friends, family, and loved ones. When inserting bots into the same platforms as these highly personalized conversations, there’s a risk of businesses exploiting the interaction by overdoing sales offerings and spammy promotions.

Pushy bots are not only a marketing nuisance for users, they’re also prone to being banned. For example, if enough users report your bot as spam, Facebook will automatically pull you from the Messenger platform.

To reduce the spamminess of your bot, respond only when users have proactively reached out. Resist the temptation to send unsolicited messages just because you have a one-to-one channel open with your audience.

10. Trying to go too broad and losing focus

There’s no need to make a bot for an entire brand immediately. You’re better off building a bot for a single campaign or focused purpose. Your company / website / product was perfected over a long time with many iterations. Your bot will be the same.

For example, Sephora’s Kik bot focuses specifically on giving teenage girls beauty tips, rather than attempting to be a full ecommerce platform. Other bots focus simply on informing users of movie releases, without also trying to be a movie critic or a ticketing window.

Trying to do too much with a bot usually leads to confused users, lack of adoption, and ultimately poorer results for your business and brand.

Messaging platforms have exceeded social networks in popularity and engagement, so chatbot developers and marketers need to learn how to be successful in these environments. While avoiding common mistakes won’t automatically make your bot successful, you’ll be much better off by heeding the tips above.

Adelyn Zhou is the CMO at TOPBOTS, a strategy & research firm for artificial intelligence and bots.