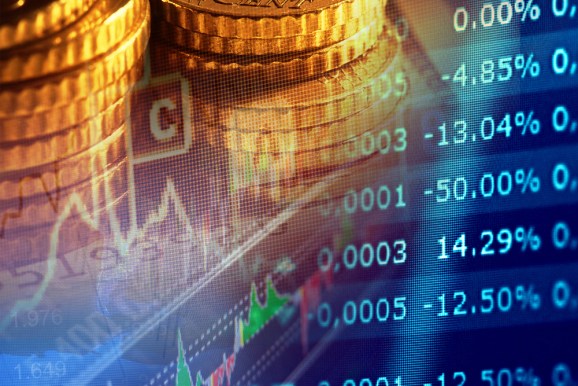 This week, peer-to-peer lending platform Zopa announced Europe’s first securitization of unsecured consumer loans. Effectively, they have bundled up 27,137 loans worth £138 million ($180 million), which public markets investors can now go and buy. Funding Circle did something similar earlier in the year, rolling £130 million ($170 million) of small business loans into the delightfully-named “SBOLT 2016–1 DAC”.

Why is this interesting? Because it’s the latest step in the “rebundling” of peer-to-peer finance into the global capital markets.

Over the past decade, the fintech Wild West has matured into a grown-up set of options for consumers looking for alternatives to low-yield bank savings accounts. In addition to personal and SME loans, you can fund mortgages through Landbay, back real-estate developments through LendInvest, provide invoice finance through Market Invoice or even make micro-loans to subsistence farmers around the world through Kiva.

These providers are regulated, relatively transparent, can point to a track-record, and are much more user-friendly than most online banks and brokers. With interest of up to 7 percent on offer, it’s no surprise that money has flowed into their platforms  —  over £7 billion ($9.1 billion) in the UK alone.

The whole sector remains a tiny speck in the scheme of the markets. The big UK high street banks alone have about £500 billion ($652 billion) of SME and personal loans outstanding, and there are trillions more in mortgages and government debt. But with bond yields at historic lows, equity valuations far above historic averages, and everything else looking risky, there is a wave of capital out there looking for returns.

During a thunderstorm, a lightning strike is preceded by a leader, a channel of ionised air that snakes slowly down to the ground. At the same time, charged streamers stretch upwards from tall buildings and trees. Once they connect  —  bam, a billion volts is unleashed. I think that’s what we’re about to see in peer-to-peer finance.

The platforms are reaching upwards, reducing the importance of ‘the crowd’ as they court institutional investors. Several players have secured the British Business Bank or a forward-thinking bank or hedge fund to cornerstone their marketplace. Obillex has turned invoice discounting into an exchange-tradeable instrument. Funding Circle has launched the SME Income Fund, a listed investment trust with backers including Invesco and BlackRock. Some of these have attracted credit ratings and analyst coverage.

It’s only a matter of time before the global capital markets connect with fintech platforms in a major way, bringing an effectively unlimited flow of capital on the supply side.

We’ve seen some controversy around this recently. In the US, several lending platforms have been criticized for allowing institutional investors to cherry-pick certain loans. Peer-to-peer student loans provider SoFi had to increase the returns on offer when it tried to package up and refinance a tranche of loans earlier this year. There will be experimentation, and weaker platforms may fail to scale, but a cash-rich market and increasing demand for peer-to-peer makes this an inevitable trend.

But if it can be bundled up into obscurely-named packages (hopefully not a repeat of pre-financial crisis habits), rated by Moody’s, and sold to hundreds of pension funds, is it still peer-to-peer? And does it matter?

This has happened before with other types of online marketplace. eBay famously started as a place for consumers to buy and sell collectables from one another, but these days 80 percent of items are new and most transactions are B2C. That influx didn’t kill off peer-to-peer, but it did harmonize and bring down prices for most products as competition flooded in.

I expect we’ll see the same in finance. Past a certain level of scale and predictability, there’s little reason to treat online platforms differently. It only takes a few large funds to make small allocations to the peer-to-peer space for those marketplaces to start looking just like any other sort of lending, including the traditional players they are replacing.

With the supply side fully-funded and peer-to-peer continuing to take market share, yields  —  and the interest rates available to borrowers  —  will naturally fall over time, closing the gap with general market returns. This will happen over quite a long period of time, and there’s money to be made in the meantime.

This will play out across more than just financial services. From real-estate funds buying flats to let on Airbnb to retail space owners listing shops on Appear Here and hedge funds buying fleets of cars for Uber drivers, we’re going to see a whole range of new asset classes around, some offering exceptional returns for some years until they too become mainstream. There’s a ton of opportunity for managers of capital who are prepared to make some bets on the future.

Peer-to-peer marketplaces, the quest for yield is coming your way. How will you get the capital flowing?