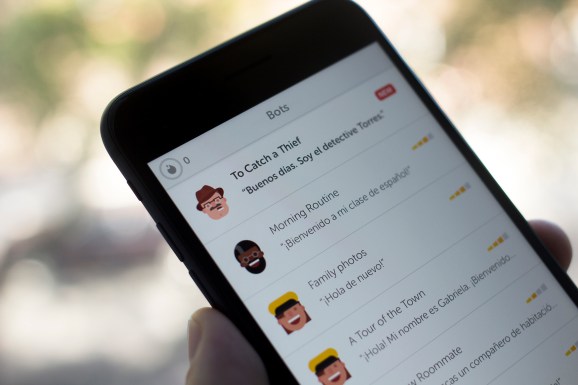 There are two ways to learn a language — by studying, like with textbooks and notecards, and through immersion, by traveling, talking, or even listening to music and watching TV.

This is how I divided my time learning Spanish over the past year and a half, but with two apps: Duolingo, a study tool, and Verbling, a service that connects students to teachers for hourly video chats. Both apps have helped me learn, but over time I’ve hit walls with Duolingo; the app’s structured lessons offer a nice (and free) foundation, but conversations on Verbling provide more depth and help me prepare for the real world.

If Duolingo wants to claim it’s “the best new way to learn a language,” the company has to expand beyond its textbook-style lessons. And today, it is — but Duolingo isn’t looking to human teachers for help. Instead, it’s launching chatbots in Spanish, French, and German on the iPhone.

Duolingo’s bots live inside chat windows that look like Facebook Messenger or iMessage. And each bot has its own personality: There’s a chef, a cab driver, a teacher, a detective, and so on. The bots don’t chat like a real person would — they’re rigid and don’t accept every possible response — but they nicely approximate what it’s like to message with someone in another language, where you can reply and ask questions in various ways. 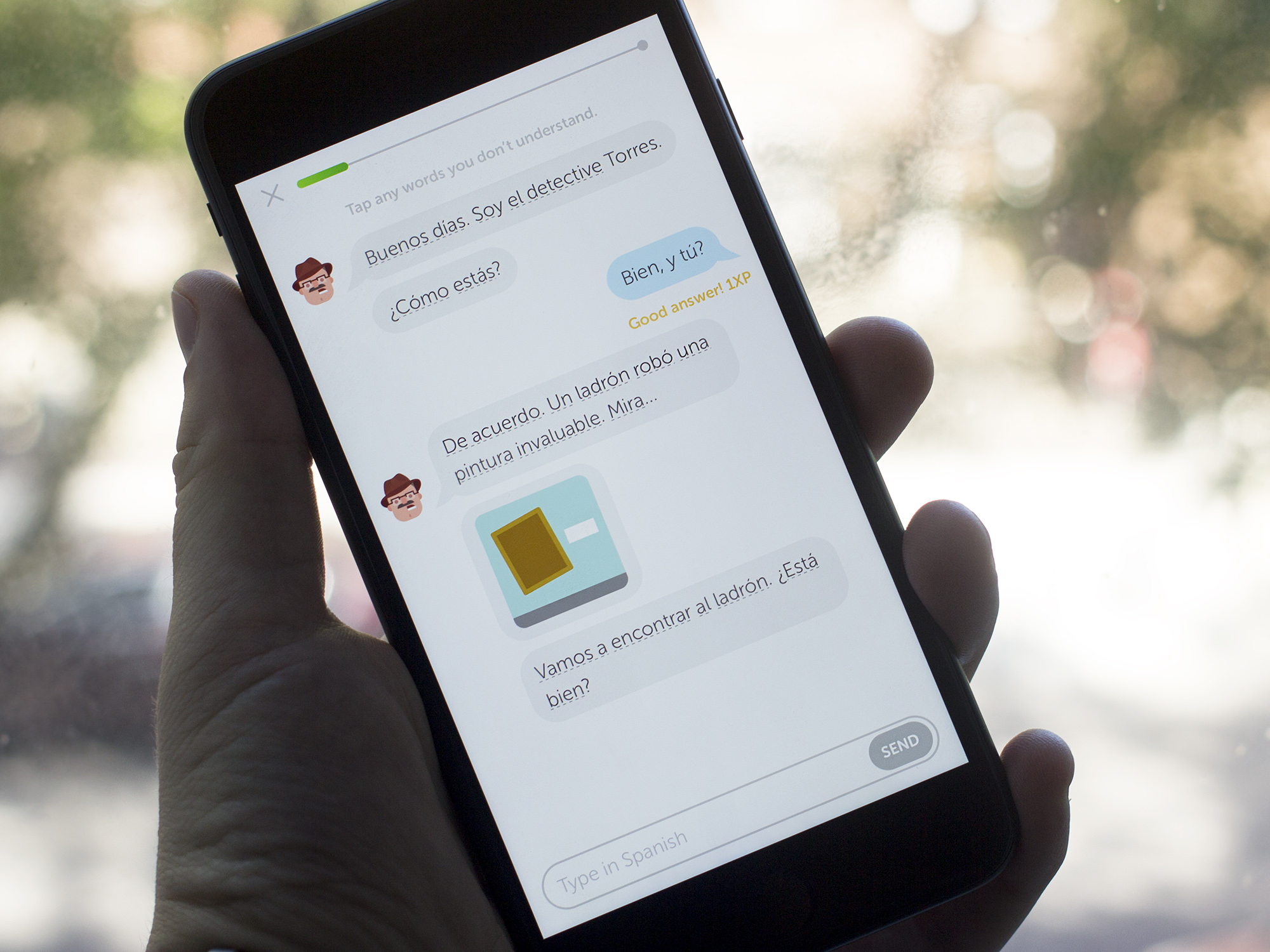 In the tech world, the bot trend is more hype than substance. But Duolingo (to my surprise) is on to something. So how useful are the bots? That depends on how far along you are in learning your language of choice. Duolingo says its bots will become more flexible over time as more people use them, and the bots are supposed to start off easy and advance in skill as you advance.

“Unlike most chatbots so far, Duolingo Bots accept and react to thousands of unique responses,” Duolingo’s press release reads. This may be true in aggregate, but really it depends on the bot and the situation.

Often Duolingo’s bots want broad and simple answers. When the Cab-driver bot asked where my family lives, and I typed Virginia, the app wouldn’t let me submit my answer until I changed it to Estados Unidos. Another time, at a make-believe restaurant, the Chef bot asked what I wanted to drink. The app wouldn’t let me type “leche” (milk), but it accepted “cerveza” (beer). The bots rarely deviate from the script, they rarely let you submit a wrong or random answer (even if it’s correct), and this makes the app less fun overall. 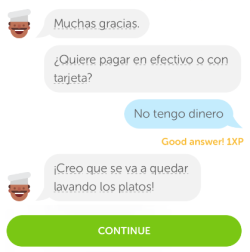 But whenever I managed to push the bots’ boundaries, the results were great. After serving me a sandwich, the Chef bot asked how I’d like to pay. I said I didn’t have cash, and so he told me I needed to wash dishes. This is how the app should work, and if Duolingo continues to invest in it, maybe that’s how it’ll feel all the time someday.

For now, Duolingo’s bots are a great way to get comfortable texting in another language, and they can help you prepare for common questions and scenarios without the fear that you might mess up. Duolingo says spoken conversations are on the way, too (but the company wouldn’t share a timeframe).

“Who wants to sound stupid in front of others?” Duolingo asked in its press release.

The more I practice with others, the better I get. And more often than not, the only person who cares if I say the wrong thing (which I’ve done hundreds of times) is me. Duolingo isn’t going to solve the anxiety of practicing with fluent speakers any time soon. But the app’s bots offer a novel way to practice and learn, and hell, it’s free. I can’t hate on that. You can try the updated app here.