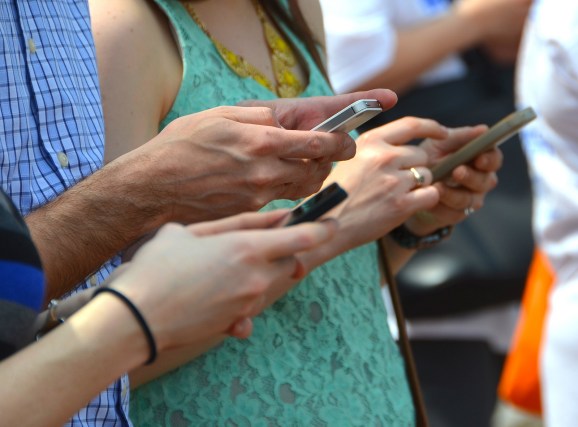 I have 56 apps installed on my phone. I have just counted them. Even I, someone who is convinced that apps are dying and has intimate knowledge of the concept of app fatigue, am surprised at how high that number is.

In 2015, a data research company called Millard Brown Digital surveyed US smartphone owners on their app usage. They have found 43 percent of them use four to six apps per day on average, out of the average 40 to 70 apps they have installed.

Talking about myself again for a second, the numbers seem to fit my particular situation as well. I have 56 apps installed, but really only ever use Facebook, Messenger, Slack, and Twitter. Four apps.

Not only do we ignore the majority of the apps we have installed on our phones, we also ruthlessly delete them if we don’t engage with the apps enough.

Another survey, by Appsflyer, found that app retention rates drop as low as 3.2 percent at the end of a 30-day period after install.

This means even if you succeed in creating an app that works, build an app people want, and get 100 of your customers to install your app, after 30 days only three of them will remain. That is a dire perspective for native apps.

App fatigue has officially settled in

Looking at the statistics above, getting your customers to install and use your brand new app seems like an impossible task — and indeed, one you may not want to embark on.

Messaging apps, the exception to the rule

While everything seems dire for native mobile apps, messaging apps, on the other hand, are doing terrifically.

Recent numbers showed that, out of the top 10 most used apps, six are messaging. Facebook Messenger and WhatsApp, both owned by Facebook, are leading the way with over 1.4 billion users worldwide.

Not only are messaging apps doing well in the number of users, they are also growing. Both Facebook Messenger and WhatsApp are growing their user base by 12 percent annually.

Bringing it all together

How can a company take advantage of mobile, skip the headaches of building a new app and having to deal with user retention, and make sure they reach all their customers?

By being present on messaging apps.

For example, a clothing brand could interact with one of its customers through Facebook Messenger by asking questions (“What is your size?”, “Which color of shoes are looking for?”, “When would you like to come over and pick your items up?”) instead of simply broadcasting ads.

Having a presence on the top messaging apps makes sense for a number of reasons, notably the ones mentioned above but also for the simple fact that consumers want to be able to reach and interact with brands through these messaging apps.

A recent study showed that 63.9 percent of consumers want businesses to be available and contactable via messaging apps. You will not only save money bypassing the native app route, you will actually make your customers happier as well.