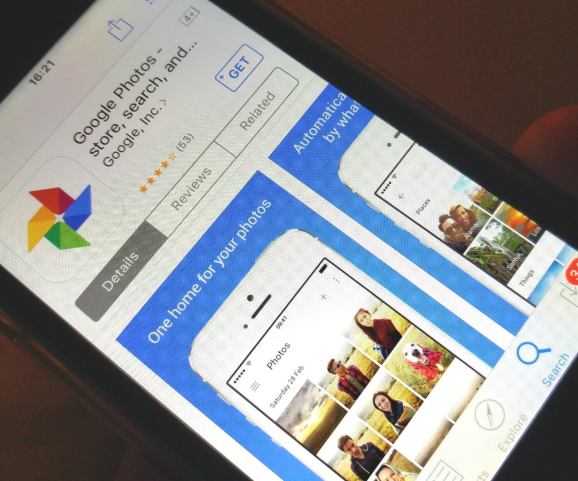 Google today announced a few additions to its Google Photos online photo storage service. The service will now let you know when you’ve uploaded photos that aren’t rotated properly, and it will give you an easy way to automatically fix them. The feature is live now on Google Photos for Android, iOS, and the web.

In a card in the Assistant tab of the app, you’ll be able to select individual photos to rotate, or you can just hit the Save button, which will fix all the photos that Google thinks should be rotated.

The feature might not sound huge, but it removes one of those annoying but necessary things you have to do on the way to getting a good-looking gallery or downloading and sharing a photo elsewhere.

As Google Photos product manager Tim Novikoff put it in a blog post, “you don’t have to do a thing — machine learning in Google Photos does the work for you.”

Earlier this year, Apple enhanced its Photos app for iOS and macOS with machine learning.

This isn’t the only part of the app where machine learning is working. It’s also powering one of the most well-known features of the app: the ability to find photos by typing in words based on their content.

Another new feature also uses machine learning: When you take a new photo of people and it hits Google Photos, the app may show you a card containing older photos with those same people. Similarly, the app may start showing a card grouping together the best photos of a specific person in a given period of time.

In May, Google said Google Photos had more than 200 million monthly active users.