The service is launching today in the U.S. on iOS and Android, PC and Mac, Echo devices, Amazon tablets, and the web. Amazon promises to bring Amazon Music Unlimited to the U.K., Germany, and Austria later this year, too.

Amazon Music Unlimited — let’s say AMU, for short — is an ordinary streaming service with two perks for Echo fans: It comes with expanded support for the Alexa voice assistant, and it starts at $4 per month, if you only use it on an Echo device. Here’s a breakdown of the prices. 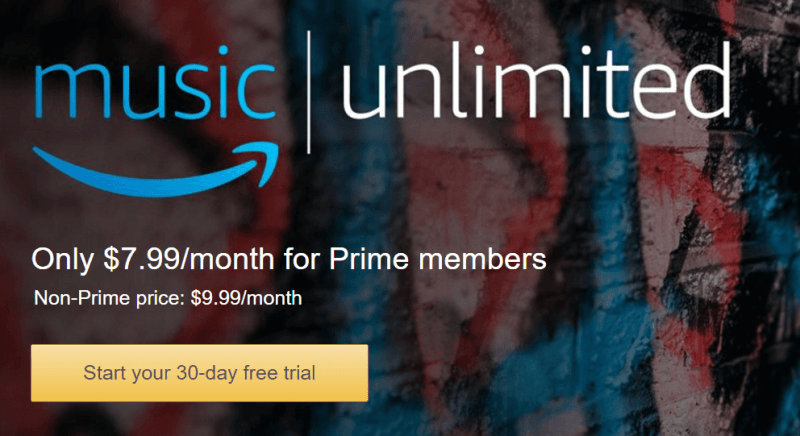 It does, but Prime Music only offers about 2 million songs. Services like Apple Music and Spotify, on the other hand, offer more than 30 million tracks. AMU is a proper Spotify competitor with “tens of millions of songs and thousands of hand-curated playlists and personalized stations,” according to Amazon.

So is this an uprgrade or a successor to Prime Music? “Think of this as two different levels,” said Steve Boom, VP of Amazon Music. “Prime is now the introductory service, and Unlimited is the full service.”

Alexa-powered voice control is Amazon’s big sell for AMU, but Echo owners can already use Alexa to queue up songs and playlists using services like Spotify and Pandora. Amazon’s existing Alexa controls for third-party services are pretty full-featured as is. Amazon shared a few examples of the new service’s additional voice commands.

If you’re a big fan of Amazon services like Prime Video, and if you own an Echo voice speaker, this could be the music service for you. But if you’re already satisfied with another streaming provider, no matter the price, AMU probably isn’t unique enough to change your mind.