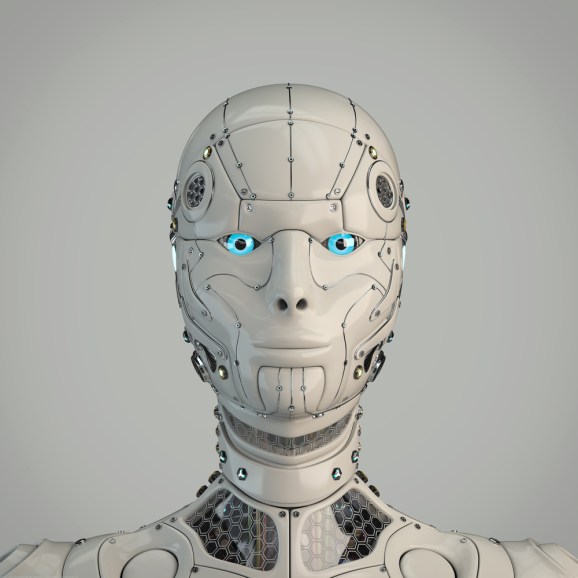 With all the hustle and bustle going on in the world of chatbots at the moment, one crucial event that is very relevant to the future of A.I. has gone relatively unnoticed. If you are interested in chatbots and A.I., you may have heard about the Loebner Prize, which was created by Hugh Loebner and is a form of the Turing Test that Alan Turing first set up in the 1950s. The Loebner Prize is an annual event in which A.I. specialists from around the world come together to play their bots off against a panel of judges in a battle for the most humanlike A.I. The goal is to trick the judges into thinking they are talking to a real person.

The event has been hosted all over the world, but since 2014, it has been held in Bletchley Park in the U.K., due to the connection between Alan Turing and Bletchley during the second World War. The event has seen a host of artificially intelligent entities claim the prize for most humanlike A.I., but no one has ever successfully managed to fool the judges into believing that they were communicating with a human.

When the Loebner Prize first began, it consisted of a five-minute conversation on a specific subject — such as Shakespeare or hockey. As a contestant came close to fooling the judges, the test changed to become a chat about any subject. The test has evolved again and is now a 25-minute chat where anything goes! The closest anyone got to fooling a judge was when a human contestant started pretending to be a bot by saying things like “bleep” and “bloop.” The judge thought he was so stupid, he must be the chatbot.

Something that seems very strange to me is that although these events are covered live by Sky, you hear very little about them or about the work of the chatbot pioneers that forged the foundations for the current bot craze.

Whilst having a conversation on the Bots Facebook group one day, I met Steve Worswick, creator of an A.I. called Mitsuku. Our common interest in AIML, the Artificial Intelligence Markup Language, got us talking. Up until that point, I kind of thought that AIML had died off in favor of machine learning. I currently only know one or two existing AIML developers, but I was very happy to meet a developer who was still using AIML in their A.I. projects. At one point, most of the A.I. systems I developed were powered by my own custom version of the AIML markup language and engine, which I named TAIML. But when I revived my projects, I moved away to other solutions.

As we got to know each other more, via Facebook, it became apparent that our backgrounds and interests were fairly similar. Both of us were originally from the music industry, myself as a DJ and Steve as a producer. Both of us got into development through that industry and eventually phased out the music in favor of developing, and both of us have a passion for both A.I. and the AIML markup language.

In Steve’s case, his journey into the world of chatbots began around 10 years ago, when he stumbled upon a website called Pandorabots, where you can create your own chatbot for free. His first bot was a teddy bear chatbot which he created in 2004 and hosted on his site. Before long, the bot was attracting more attention on his site than his music was. Taking that as a hint, Steve decided to give up producing and focus on chatbots, which led him to the creation of Mitsuku.

Mitsuku is one of the most popular chatbots running on Pandorabots, which is the world’s leading conversational artificial intelligence chatbot platform. Pandorabots offers a free web service for building chatbots, and it has powered over three billion conversations between bots and end-users, to date. Mitsuku alone fields tens of thousands of queries daily, from users all over the world. And — in contrast to offerings like Apple’s Siri — developers can use the A.I. as a service.

Back in 2013, Steve entered Mitsuku into the Loebner Prize and went on to win the award for most humanlike A.I. as a conversational program. Incidentally, that year someone unofficially entered Siri into the contest, but Mitsuku won hands down, with Siri placing 14th!

Mitsuku was also entered into the competition in 2014 and 2015, placing fourth in the 2014 contest and coming in second by 0.5 points in 2015. Bringing us back up to the present day, Steve once again entered Mitsuku into the Loebner Prize this year, and the bot absolutely smashed it! In the qualifying round, Mitsuku scored 90 percent, with the second-place contestant trailing behind at 78 percent. In the final, where the best score is a 1 (lower is better), Mitsuku scored 1.25, while second-place bot scored 2.25!

I have a little bit of a claim to fame when it comes to Mitsuku. I was very happy to find out that Steve actually listens to my DJ mixes on SoundCloud whilst coding Mitsuku and did so whilst preparing her for the Loebner Prize this year. I like to think I played my own little part in Mitsuku’s success in this year’s competition. But, without a doubt, the success of Mitsuku is down to the hard work and dedication of an amazing programmer and his passion to get that one step closer to the reality of true A.I.

For those who did not know much about the Loebner Prize, this has been a brief introduction to the event, as well as an opportunity to give some well-deserved recognition to a great developer and friend, Steve Worswick.