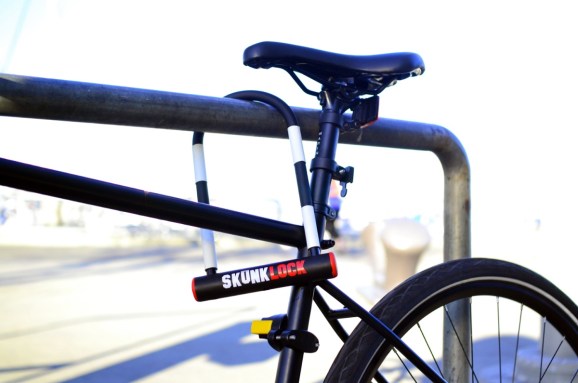 SkunkLock shoots out pepper spray if someone cuts the lock.

Over 1.5 million bikes are stolen every year. And of those, only 2.4 percent are ever recovered.

Daniel Idzkowski and Yves Perrenoud knew this personally; they had each had their bikes stolen. Idzkowski said in an interview with VentureBeat that he had a motorcycle stolen and discovered that even modern U-locks can be sawed in half within a minute, if a thief has the right tool.

To combat this, the San Francisco-based makers created SkunkLock, “the lock that fights back.” If someone tries to steal your bike by sawing through the U-lock, SkunkLock releases a noxious pepper spray-like cloud that will send the thief running. To expand operations, SkunkLock is currently raising money via a crowdfunding campaign on Indiegogo. 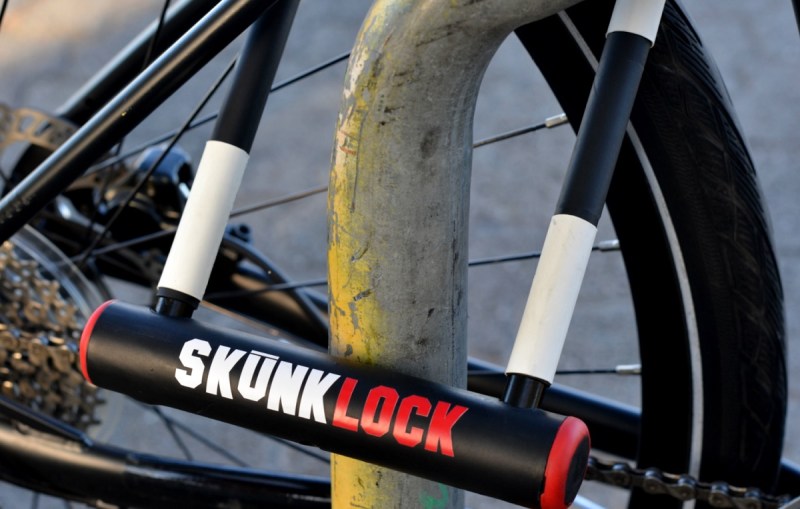 Above: SkunkLock sprays out a non-toxic cloud if someone cuts it.

“The thieves have better technology than the lock makers,” he said.

So his team created SkunkLock, which releases a cloud of noxious spray if you cut it. The compound is non-toxic and legally compliant, Idzkowski said, as it is only released into the air if someone is trying to saw the U-lock in half. The compound can temporarily blind the thief, make breathing difficult, and induce vomiting. The gas is triggered only if a thief cuts 30 percent in with an angle grinder or other tool.

Idzkowski teamed up with Swiss engineer and fellow bike enthusiast Perrenoud to brainstorm the product.

During the session, Idzkowski blurted out, “Why didn’t the lock blow his balls off?” 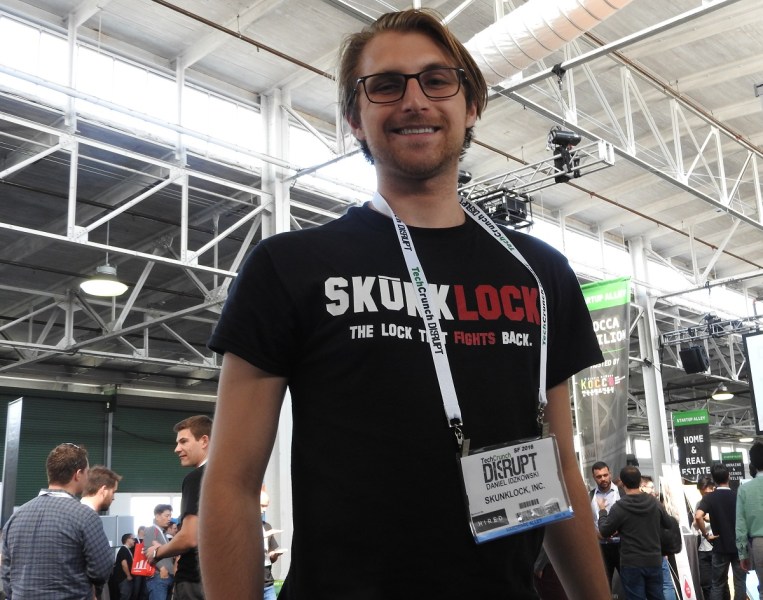 While they didn’t want to go quite that far, they knew that just a stronger lock wouldn’t work — they needed a better deterrent. They created a proprietary compound they call “formula D_1.” According to the company, it’s a legally compliant pressurized gas that will make a bike thief think twice before stealing the bike.

The company was founded in January, and is working with a manufacturing partner. Rivals in the lock market include OnGuard, Kryptonite, and Abus.