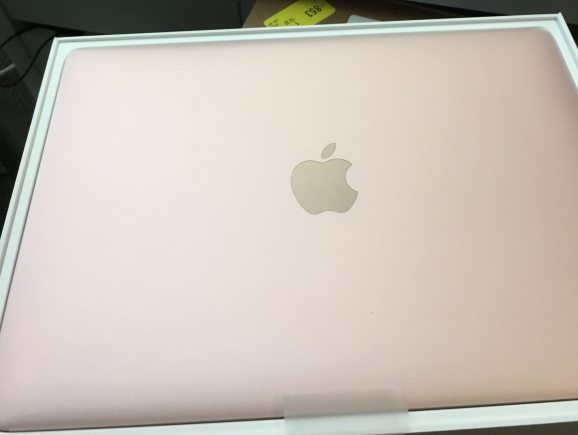 Apple has released new Macs in one form or another every year since 1984, when it introduced the first Macintosh. On paper, it’s no big deal, just something that happens. But in reality, anticipation builds every year as the rumors bubble up. This year is no different.

Currently — six months after Apple silently announced refreshed versions of its 12-inch MacBook, via press release — there’s great interest in the next version of the MacBook Pro, which is expected to be launched on October 27 during an event at Apple headquarters in Cupertino, California.

People are particularly curious about a new component that could be located at the top of the updated high-end laptop. Five months ago, KGI analyst Ming-Chi Kuo wrote in an analyst note that upcoming 13- and 15-inch MacBook Pro models will feature an “OLED display touch bar” that would give users a row of digital buttons. They could change functions based on the app you’re currently using. Trademark filings uncovered by Trademark Ninja suggest that the piece could go by the name Magic Toolbar. The French site Consomac even suggests that users may be able to customize the functions of the buttons.

That sort of thing would be reminiscent of the original iPhone, which eschewed all but one hardware button and instead let users tap on the display to dial phone numbers, select icons, and perform other functions. It would also call to mind the second screen on the LG V20 smartphone and its predecessor, the V10.

The new MacBook Pros are also believed to be getting as many as four USB-C ports and losing other types of ports. If that turns out to be the case, it could be a shock to some MacBook Pro owners, as that Mac laptop (and the PowerBook G4 before it) has historically been the one most densely packed with ports. But it would bring the laptop more in line with the 12-inch MacBook, which has just two ports: a lone USB-C port and a headphone jack. And it would follow the streamlining of the iPhone, which last month lost its headphone jack and now only offers a Lightning port.

The new models will be thinner than the existing versions and will have larger trackpads, according to Bloomberg. And instead of being wrapped in the iconic matte aluminum, the new Pros could be available in new colors. They could follow the iPhone and 12-inch MacBook with space gray, silver, gold, and perhaps even rose gold options.

The Pros will be available with optional AMD Polaris graphics processing units (GPUs), Bloomberg said. And the laptops will feature a Touch ID fingerprint scanner that has previously been added to iPhones and iPads, as well as a new keyboard with springy keys like the one on the 12-inch MacBook.

Kuo believes the new MacBook Pros will have Intel chips (Skylake, not Kaby Lake) and up to 2TB of solid-state drive (SSD) storage, as well as a magnetic MagSafe port for USB-C, according to MacRumors. The magnetic connection would be a step up from what you get on today’s 12-inch MacBook, because you wouldn’t have to worry so much about damaging the port when the cable gets pulled out.

The MacBook Air and iMac are also due for a reset, according to reports from the past few months. In August, Bloomberg said the iMac will have an AMD GPU option, and the Air will get USB-C support. There will be a new 13-inch MacBook, Kuo said, but it seems that will simply be the new name for the device that’s currently known as the 13-inch MacBook Air. The 11-inch MacBook Air, for its part, is likely to remain available but without USB-C compatibility, according to Kuo’s projections. The new MacBooks should be updated at this week’s event, but the iMac may not receive its refresh until sometime in 2017.

Also, Apple has been working with LG on a 5K display, according to Bloomberg. That product would replace the Thunderbolt Display that Apple discontinued earlier this year. There’s no guarantee that Apple will talk about the product on October 27, though.

In any case, these updated Macs have been a long time coming. According to MacRumors’ buyer’s guide, as of today, Apple hasn’t updated the Retina MacBook Pro in 523 days (the average is 268 days). The MacBook Air, meanwhile, hasn’t received an update in 594 days (average: 350 days), while the iMac hasn’t gotten an update in 376 days (average: 317 days).

The Mac Mini and Mac Pro desktops are not expected to be refreshed this week.

One thing we know for sure: The new devices will all run macOS Sierra, which features the Siri virtual assistant, among other things.

We’ll provide live coverage of the event, so stay tuned.