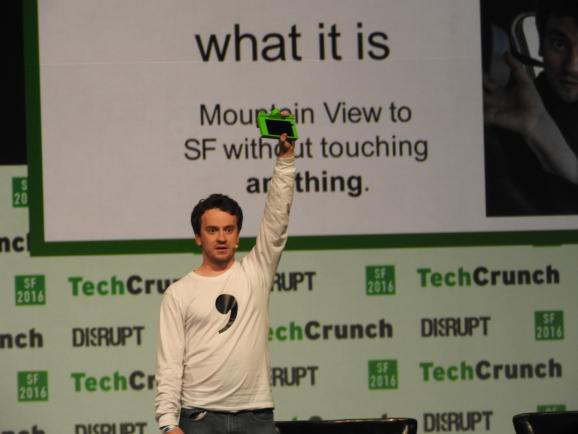 (Reuters) – San Francisco entrepreneur George Hotz was so confident in his self-driving startup Comma.ai that he had T-shirts made that boldly proclaimed: “We are gonna be so rich.”

But U.S. federal highway safety officials this week forced Hotz to slam on the brakes, veering into a sudden detour, on the road to those promised riches.

In a letter and order on Thursday, the National Highway Traffic Safety Administration (NHTSA) demanded that Comma.ai provide proof to regulators that its proposed device for self-driving cars would be safe, or risk having its sale blocked.

The action, disclosed on Friday, is a decisive signal to the rest of Silicon Valley that the days when regulators took a hands-off approach to self-driving car technology are over. .

Hotz, in a tweet sent Friday from China, said Comma.ai was redirecting its efforts to “other products and markets.”

NHTSA and state regulators have been escalating their scrutiny of self-driving car systems and the way they are being tested and used since the death in May of the driver of a Tesla Model S sedan that was operating in so-called “Autopilot” mode.

NHTSA administrator Mark Rosekind has said he wants to encourage innovation in autonomous driving because cars that avoid human mistakes could prevent thousands of deaths each year. But the agency recently released guidelines for self-driving vehicles and systems, indicating its intent to provide more oversight before such systems reach the market.

Hotz did not immediately respond to emails seeking comment on the order from NHTSA. But in one of his postings on Twitter he said plans for the plug-in driverless car device called Comma One had been “canceled.”

On a test drive with two Reuters reporters in September, the device lost connection with the vehicle sensors that locate other cars on the road, prompting Hotz to pull off at an exit to restart the car and reboot the device.

The test car also had difficulty steering itself onto freeway on-ramps, forcing Hotz to grab the wheel. Hotz repeatedly attributed the various technical glitches to an “alpha build,” referring to the use of an early prototype.

In Thursday’s letter to Comma.ai, NHTSA wrote: “It is insufficient to assert, as you do, that your product ‘does not remove any of the driver’s responsibilities from the task of driving.'”

That same sort of disclaimer has been used by many automakers in connection with advanced driver assistance systems.

Comma.ai is one of more than 50 startups working on automating such human driving tasks as steering and braking, in effort to reduce vehicle-related injuries and deaths.

Venture and corporate investors, including General Motors and Uber, have poured more than $2 billion into self-driving startups in the past five years, according to a Reuters analysis.

GM earlier this year purchased a small San Francisco self-driving car startup called Cruise Automation that at one time had envisioned selling an aftermarket driverless car system, before abandoning the idea on its own. Self-driving truck startup Otto also planned to offer an aftermarket device, before being acquired by Uber.

The role regulators should play in self-driving car development has become a hotter topic as more companies have declared that they are close to bringing autonomous vehicles to market. Auto and technology industry officials have cautioned that overly stringent regulation could send the nascent industry to Europe or China.

Comma.ai earlier this year landed $3.1 million in seed money from Andreessen Horowitz, one of Silicon Valley’s most prominent venture capital firms. Andreessen Horowitz did not respond immediately to a request for comment on Friday.

In a late September interview, Hotz said he planned to market Comma One initially through a Kickstarter crowd-funding campaign before Christmas, then through Amazon. Comma.ai had planned to sell the device for $999, plus a $24 monthly subscription fee to cover over-the-air software updates.

Hotz had fought off initial efforts by regulators to slow him down. After California’s Department of Motor Vehicles in January sent Comma.ai a cease-and-desist letter, Hotz responded that Comma One did not fall under the state’s requirements because it required constant monitoring and intervention by the driver.

But in his tweet on Friday, Hotz said: “Would much rather spend my life building amazing tech than dealing with regulators and lawyers. It isn’t worth it.”

(Reporting by Paul Lienert in Detroit and Heather Somerville in San Francisco; Editing by Steve Orlofsky and Tom Brown)