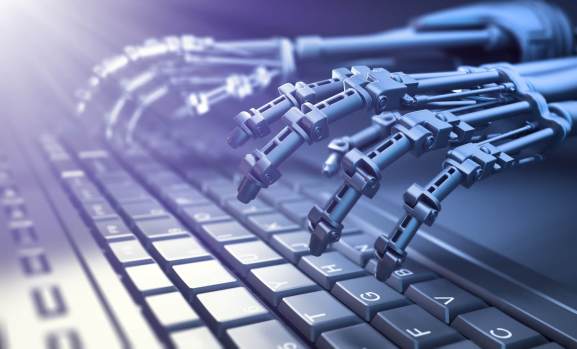 “Reply to the important email from your boss.”

“Wear that blue-colored dress today, it matches your new shoes.”

“Go to Tahiti on vacation, there is a good price now for tickets for this destination.”

All of these pieces of advice and more come from AI assistants. A wide range of these assistants have emerged to make our lives better: big ones like Amazon’s Alexa, Apple’s Siri, and SoundHound and multiple startups that are trying to conquer the market. Alterrа, for example, will help you choose the country for your next vacation. Luka helps you make plans together and pick places to eat. Findo helps find emails, files, tickets, and notes across personal clouds and mailboxes. Cubic Robotics is an intelligent butler for home management. And thanks to Realty Editor, you can control physical objects, such as lighting devices, technology, or a vehicle, with your smartphone.

Our AI friends will not only take care of us but will also take over our jobs. Last month, Uber launched its very first fleet of self-driving cars in Pittsburgh, PA. The company expressed hopes of completely replacing its existing fleets with driverless cars by 2030. This news spurred economic and industry experts to consider the potential of sky-rocketing unemployment rates in the country due to AI. Financial experts at the White House forecasted that soon all workers earning an hourly wage of less than $20 will be replaced by AI. If you talk real figures, this means that around 350 million employees belonging to the production, warehouse, or service industry will lose their jobs.

These statistics have given rise to a blatant controversy that is pushing for a plausible solution. And one recommended solution is the universal basic income (UBI). According to the suggested UBI policy, every citizen in the country would be entitled to a fixed amount of money distributed by the government regardless of their level of income or job status. This fixed amount would have to be sufficient for subsistence. According to a recent story in The Economist, the UBI can be calculated on the revenue collected through tax as a percentage of the GDP. Based on that calculation, today the US government would pay a basic income of $6,300 annually (that’s $525 a month) to every citizen.

A number of countries are considering the idea of or actually putting the theory of UBI to the test. Finland, for example has initiated a two-year trial period where each individual will get $600 a month as basic income. In addition to that, Sam Altman (former Y Combinator president and venture capitalist) is testing something similar. He writes in his blog:

“We want to run a large, long-term study to answer a few key questions: how people’s happiness, well-being, and financial health are affected by basic income, as well as how people might spend their time.”

Right now, a team led by Altman is in the process of piloting an experiment in Oakland that looks at human behavior when individuals do not have to work for survival. If the pilot is successful, the team plans to move ahead with a long-term, five-year study.

Previously, experiments on mice have shown that, when their existence was largely unneeded, the entire population often becoming extinct. How does that translate for humans?

In ancient Greece, when everyone had slaves — even the poorest families — there was a thriving culture of science and arts as free citizens focused on being creative. But in our modern-day scenario, with AI assistants looking after our basic needs, would we all just become their pets or would we again turn creative? The Altman experiment in Oakland could help answer that question.

Guaranteeing that everyone in the country receives enough income to afford basic goods and services, governments can ensure that everyone has food and shelter. The greatest criticism of the UBI idea is that, with a guaranteed basic income, people will lose their motivation to work. Critics fear that we could become pets to our AI assistants as a result.

That would be a logical criticism if money were the only motivation for people to work. If we look at the scenario in connection with Maslow’s hierarchy of needs, we can see that people have five different levels of needs, and they are all motivators. The UBI would only fulfil the most basic physiological needs. Needs that are higher up the pyramd — safety, belonging, esteem, and self-actualization — would still motivate people to work.

I’m not just making it up; there’s proof. Consider the state of Alaska, which has been practicing something very close to the concept of the UBI since 1982. The Alaska Permanent Fund invests money in a diversified asset portfolio, and the earnings are distributed among the residents of the state. Since implementation of the policy, the state has created more than 10,000 new jobs. And there is no sign the dividends have pushed citizens of the state to work any less than they previously did.

Another example is the UBI pilot project in Namibia. When the country began distributing a basic income to its citizens, there was a drastic change in the behavior of the population. The UBI led to greater employment rates as people created jobs for themselves, the general poverty levels dropped 18 percent, and the crime rate plummeted 36.5 percent. There was also a 29 percent increase in general income levels (this increment was exclusive of the basic income distributed). Just like Alaska, Namibia reported an improvement in general wellbeing of the society with the implementation of the basic income grants.

Back in March of 2014, a group of individuals took par in a psychology experiment. Each participant had the choice of solving either two or three puzzles. Some participants had the additional choice of not participating in the activity at all. The results showed that participants who were given the choice of not participating spent about seven minutes on each of their chosen puzzles compared to the five minutes spent by the other lot. So when given an option of not to work, people genuinely seem to prefer to work rather than staying idle – and with greater commitment.

So will humans become lazy and uncreative if robots take our jobs and the government gives us a universal basic income?

The answer is no.

When you provide people with a basic income, you put them all on the same level. They may not have to worry about hunger or shelter, but anyone who chooses to work can bring in additional income. Those who don’t work would earn less than those who do. This could, in fact, lead to a decrease in unemployment as people work towards achieving their needs beyond physiological requirements.

Gary Fowler is CEO and cofounder of smart search assistant Findo. He has 25 years of experience advising numerous international companies and startups as well as extensive experience with fundraising through a successful IPO (CKSW). He is also founder of Fowler International, an international business development consulting company that works with companies interested in entering the Russian/CIS market, and cofounder of GVA LaunchGurus and Broadiant. He speaks frequently in Eastern Europe and has received several awards for excellence in the region including the 2013 Co-Chairman of the Year Award from the American Chamber of Commerce.