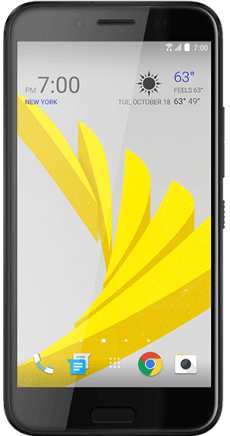 As we reported last month, the HTC Bolt follows what seems to be a growing trend in the smartphone realm, in that it has no 3.5mm headphone jack. Instead, the USB Type C port doubles as the headphone port, and compatible headphones ship with the device. This move comes four months after Motorola ditched the headphone jack for its Moto Z flagship phones, and shortly after Apple followed suit with the iPhone 7.

There are a few other notable facets to the Bolt. For example, it is HTC’s first water-resistant aluminum device, and it’s the first HTC phone to gain support for Android 7.0 Nougat. Though it resembles the company’s recently launched HTC 10, the HTC Bolt packs a bigger screen, at 5.5″ (compared to 5.2″), and has slightly better rear- and front-facing cameras, at 16MP and 8MP, respectively.

“The HTC 10 released earlier this year was the most advanced smartphone we’ve ever built, so we knew we had to raise the bar even higher for Sprint’s most advanced ever network,” explained André Lönne, president of HTC America. “For HTC Bolt, we took everything that was so great about the HTC 10 and made it even better. We took the award-winning design and made it water-resistant. We took the awesome audio and made it more personal. And, of course, we took the wireless speed and supercharged it with Sprint, turning HTC Bolt into a smartphone unlike any you’ve ever experienced.”

As alluded to by Lönne, the HTC Bolt has apparently been designed to bring out the best in Sprint’s LTE Plus network, a service Sprint introduced last year that promises double the network capacity and speed and an all-round more reliable network, thanks to three-channel carrier aggregation. This allows network operators to combine multiple LTE carriers to enhance data rates and capacity — however, as of today, Sprint has only deployed it in a handful of cities, including Chicago, San Francisco, Dallas, Denver, Minneapolis, Kansas City, Columbus, and Cleveland.

At any rate, if you live in one of the aforementioned conurbations and are looking to check out some super-fast LTE speeds, the Bolt can be procured via Sprint for $25 / month over 24 months, or $600 up front.