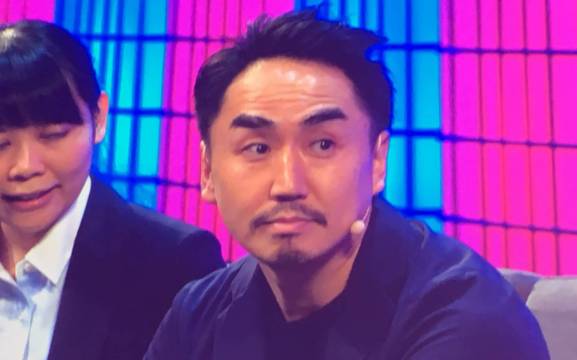 Focusing on what you know best often makes the most sense. In a nutshell, that’s the current business strategy of Line, the popular Japanese messaging platform. In an interview with VentureBeat’s editor in chief, Blaise Zerega, Line CEO Takeshi Idezawa explained his decision to focus on four Asian markets: Japan, Taiwan, Thailand, and Indonesia.

A few years ago, Line sought to enter Western markets. The messaging app known for cute anime stickers encountered stiff competition from overlapping services in an overcrowded market — from WhatsApp to Snapchat, from Twitter to Instagram, from iMessage and SMS, as well as China’s WeChat, to say nothing of Facebook Messenger. Line scaled back its expansion, shelved a planned IPO, and narrowed its focus to four Asian markets. Earlier this year, the company staged a $1.1 billion IPO and, most recently, reported third quarter earnings of $35.9 billion yen (about $342 million), up from $33.9 billion yen in the previous quarter.

Line has become the top messaging platform in three Asian markets: Japan, Taiwan, and Thailand, and it claims second place in Indonesia. Idezawa aims to make the Line service so integral to the lives of its users that his company will build an insurmountable advantage against its Western and Chinese rivals in the chat wars to come.

To accomplish this, Idezawa is betting on the law of big numbers: Become the top messaging app in a particular market and organic growth follows. He has said Line will launch a Slack-like version for the workplace early next year. He’s also looking to video and other services to lengthen session duration and increase revenues. And above all, he’s investing in AI and chatbots to prepare for an eventual global marketplace dominated by a small number of messaging platforms.

This interview has been edited for clarity and brevity. It was conducted via a translator at Web Summit on November 8, 2016 in Lisbon, Portugal.

VentureBeat: You’ve said that Line would be exclusively focused on Asia, particularly four countries: Japan, Taiwan, Thailand, and Indonesia. Does that mean you’ve ceded the U.S. market to Facebook Messenger and Apple iMessage?

Takeshi Idezawa: It’s a question of selection. We’re focusing on the four Asian countries and we’ve been doing that for two years now. One reason is that Asia is a growing market. It’s also a market where U.S. companies find it difficult to enter. And since there is a very strong network effect, once a major app has a very significant or high share of the market it is very difficult to replace it. These are the reasons we decided to focus on the four Asian markets two years ago.

VB: You’ve also said that you’re concentrating on these four countries to participate in the region’s expected economic growth. When do you think it will occur?

Idezawa: Many reports say that the middle class [in Asia] will grow exponentially by 2020. So our business will focus on Asia until 2020.

VB: How Important for your business growth is user growth? Right now, your company has reported 220 million users and said that the potential market is probably 500 million.

Idezawa: The increase in user numbers is very important to us. When you look at the growth rate in our four Asian countries, it’s actually 20 percent year-on-year. We think there’s a healthy opportunity for more growth.

VB: How will you achieve faster growth?

Idezawa: Going back to my answer about the strong network effect, once an app achieves the top position in market share, user growth is achieved organically from there. For Japan, Taiwan and Thailand we’re actually not allocating many resources to gaining more users. Because we’re the top app in these three countries, our users just increase. But because we’re not the top app in Indonesia yet and we’re still number two, we’re performing many activities to gain new users.

VB: You’ve said that Line’s platform has more than 7,000 chatbots, including those from 300 businesses. What’s the role of these bots and AI in developing future services to propel more growth?

Idezawa: Let me give you an example: A delivery service in Japan uses AI in a chatbot to allow customers to book delivery dates for their parcels. I think we are almost in an era where chatbots allow business transactions to happen, and where customers can communicate with businesses, and behind that lies artificial intelligence processing all of it.

Right now Line users can hail a taxi, book an airline ticket and get food delivered, as well as perform many different transactions inside the Line app. But not all this is automated by AI and some of the processes are still manual. We think that with further use of AI, efficiency will increase for our users.

VB: But some of these use cases are quite low on the machine learning scale, and there’s probably not a whole lot of AI involved.  So, looking ahead to 2020, what are some of the potential areas where AI will change the experiences of Line users?

Idezawa: Users can access all the Line services through our Smart Portal. This makes Line a one-stop shop for many, many services. And we think that an intelligent agent that can comprehensively answer all the different needs of a user has potential. Agents, or bots, will be very important for searching and acting as a gateway for users to the services on Line.

And I don’t think this is just for online. In the offline [world], there will be shops, actual shops where users will search and transact for services through chatbots.

Idezawa: I think this is a very important, emerging area. Once we come to a world where smartphones are no longer the dominant device, voice activation devices will be the next important thing.

VB: Are you saying that Line would operate on a wide variety of devices?

Idezawa: Yes, I think there is a very high chance of that. I think the form that the Line service can take will change. It could be a home device like an Echo, it could be a watch, or an earpiece or a miniature display.

VB: Given that Line has invested in two venture funds, what are some areas where Line is investing its own internal resources?

Idezawa: We’re heavily investing in AI and chatbots. And in the four Asian countries where we’re concentrating, we’re considering more and more partnerships to increase the number of connection points for our service.

VB: Presumably, some of these connection points have universal appeal. Does this, at some point, position Line for entrance or growth in other markets, namely a return to the U.S. and Europe?

Idezawa: Right now in the Americas and Western Europe, we think that the market is very differentiated between Messenger and other chat apps because of features. We think that this will evolve into a few platforms, and when that time comes then you’ll see our strategy really start to take effect.

VB: Are you saying then that instead of users having many chat apps that they use, users will instead be choosing perhaps one messaging platform from a small number of them?