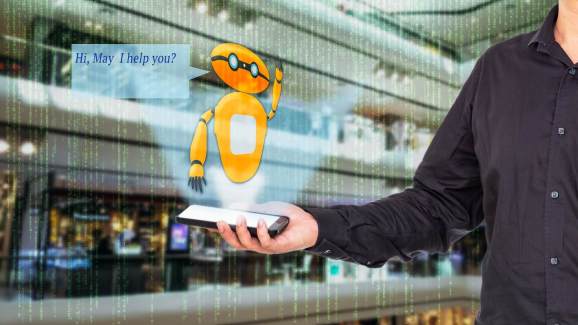 It’s been hard to ignore bots and virtual assistants lately. Google is integrating its Google Assistant into its smartphones, home devices, and Allo messaging service. Amazon’s smart-home Echo device is becoming an “unlikely hit” among American households, selling an estimated 3 million devices since its launch in 2014.

And, of course, every day sees a new article about a new bot service, smart messaging service, or digital virtual assistant.

In the coverage of bots and AI, however, everything seems to bleed together — AI, chatbots, personal assistants, voice control, and self-driving cars. Which is why I wanted to take a stab at creating a scale for bots, similar to the one the US Department of Tranportation defined for self-driving cars. That scale ranges from 0 (where humans are in complete control), to 5, where there isn’t even a steering wheel in the vehicle.

The levels don’t mean that car manufacturers should progress from Level 1 to 5 one step at a time. Some manufacturers aim for a completely autonomous “Level 5” car from the outset; others choose to arrive there incrementally by building on a smarter cruise control.

The same goes for bots. The levels are not meant as steps that developers need to take. Rather, they’re different types of bots with different strengths and use cases.

Level 1: A bot that remembers

Level 1 bots recognize the user’s context and are able to pull up data that is relevant to that context.

Google Now suggests flights and hotels while you search without you asking for it. Waze offers you better routes to arrive at your destination. Your iPhone knows you’re in the car and tells you how long the drive home will take.

If that seems unspectacular, it’s because on a deeper level, the bot is a manifestation of technology that meets the human user on their terms instead of the other way around. It feels familiar, but don’t be fooled: It is a genuine change in how we interact with interfaces and systems.

Interfaces have always relied on keyboards and later on glassy surfaces that needed to be tapped, pinched, swiped, or clicked. And if you need to submit information to a computer system, you have no choice but to follow the structure and the logic that the system imposes. First, fill in this form; then you can go to the next, until the computer decides that you’ve offered all the necessary information.

But humans are social animals. They don’t present their counterparts with a form to fill out. They talk to discover each other’s needs. Also, your friends don’t need to check your name every time you meet. They know your name.

Level 1 bots have this capability. They pull up the data that is relevant for your context. So after insurance bot Lemonade asks for your information in an initial intake, it doesn’t need to gather all this info when you’re filing a claim. It can just ask: “Were you driving your own car when you had the accident?” Yes. Enough said.

In that sense, interacting and doing business with a bot (what Chris Messina calls “conversational commerce”) is not a huge paradigm shift. It’s a shift back to the normal, human way of doing commerce.

The best Level 1 bots, then, are bots that ace repetitive tasks. They aren’t smart enough to help you discover new things. But they are great at saving time on things you’ve done before and that rely on context. Your usual Thursday night pizza order (pepperoni), or the refill for your Nespresso machine, for example.

For brands, Level 1 bots offer great possibilities to create better experiences for consumers. Think of a bot that manages seamless, even imperceptible handovers between bots and human operators in customer support. Or a bot that collects post-purchase feedback from customers.

Level 2: A bot that learns

The next level is a bot that learns new things. It not only pulls up data when the context is right – it can actually “think” about data that it has access to and look for new, unexpected patterns, insights, and solutions.

Over the past couple of decades, the trend in computing has consistently been to move from client-side software to cloud-based systems. First, you bought boxes with CDs to install. Next, you used cloud software and lightweight apps.

Bots are the culmination of that trend, about as lightweight as you can get in terms of interface. With a superlight interface, your development team can focus fully on the server side system. With bots and AI, this is where deverloper focus will need to be, as bots will become the bridge between users and huge databases of knowledge where powerful AI lives.

A good example here would be IBM’s Watson Health, a monster of a deep learning application continually “thinking” about its huge database of medical knowledge. Bots that access Watson might become extremely valuable sidekicks to medical practitioners.

Mondly is another example of a bot that knows stuff. It’s a bot that helps users improve their language skills, drawing on huge databases of language. Sensay is a bot that doesn’t know stuff, but it knows people (it’s not what you know, but who you know, after all!). Say you want to make sure you fry a chicken to perfection. Sensay will connect you to expert cooks.

Level 3: A bot that understands you

Level 3 is where it gets really interesting, and only slightly scary.

All these bots have one major handicap: They might be incredibly useful, but how will you find them? Mostly, you have to rely on that same old, computer-like way of typing a search query on a keyboard, or by tapping, clicking, pinching and swiping a glassy interface. Otherwise, there’s no way to connect you to the bot — the human will always have to take the first step.

Unless there is a superbot that understands the most important person in the world: you.

That’s a Level 3 bot. While Level 1 and 2 bots are experts on stuff in the outside world, the Level 3 bot is the expert on you. This is the reason Amazon, Google, Microsoft, and Facebook are waging a war to become your preferred virtual assistant-slash-messenger app.

This level will solve a few major pain points for users, like the need to find the correct app, download it, and delete it afterwards. We know from research that the majority of users only use 3 to 4 apps on a regular basis. Retention is low partly because some apps just don’t deserve to take up screen real estate on your device. You don’t regularly need an app to ask the KLM bot, “Will my flight be on time today?” It’s perfectly normal that people delete these apps after their holidays.

It would be far better to have an app that knows exactly when it needs to plug the KLM app into the conversation and when to keep it out (no, I do not want to see your special offer for a Christmas flight to the Maldives).

Level 4: Bots that rule the world

You just know they will. And you will welcome your new robot overlords.

Frédéric Feytons is CTO at Tapptic. He joined Tapptic in 2010, where he was initially responsible for all mobile projects for French TV channel M6. In 2012 he cofounded Screenity, a business dedicated to the development of mobile SaaS solutions. Today he is interested in the industry’s shifting focus on big data, artificial intelligence, and virtual reality – all of which make up an important part of Tapptic’s R&D efforts. Follow him on Twitter: @ffeytons.