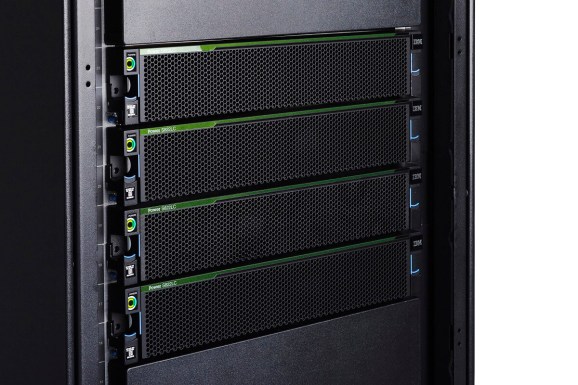 IBM and Nvidia are teaming up on deep learning neural networks.

Deep learning continues to gather steam in corporate computing, and IBM and Nvidia are teaming up to help accelerate the foundation behind artificial intelligence breakthroughs. The two companies are collaborating on a deep learning solution that melds technology from both companies in a bid to speed up the process of training computers to think and learn more like humans do.

“PowerAI democratizes deep learning and other advanced analytic technologies by giving enterprise data scientists and research scientists alike an easy to deploy platform to rapidly advance their journey on AI,” said Ken King, general manager of OpenPower at IBM, in a statement. “Coupled with our high performance computing servers built for AI, IBM provides what we believe is the best platform for enterprises building AI-based software, whether it’s chatbots for customer engagement, or real-time analysis of social media data.”

Caffe is a widely used deep learning framework developed by Berkeley Vision and Learning Center (BVLC) and is recognized within the technology industry as one of the most popular deep learning community applications. Caffe is one of five deep learning software frameworks available in the IBM PowerAI toolkit.

“Our innovation with IBM on Nvidia NVLink has created new opportunities for Power in the deep learning and analytics market,” said Ian Buck, vice president and general manager of the accelerated computing group at Nvidia, in a statement. “Nvidia’s GPUDL libraries in PowerAI will provide world class high-performance tools to power GPU-accelerated deep learning applications.”

Deep learning is a fast-growing machine learning method that extracts information by crunching through millions of pieces of data to detect and rank the most important aspects of the data. Publicly supported among leading consumer web and mobile application companies, deep learning is quickly being adopted by more traditional business enterprises. AI capabilities are being used across a wide range of industry sectors: in banking to advance real-time fraud detection, in automotive for self-driving automobiles, and in retail for fully automated call centers.

IBM PowerAI is available immediately at no charge to customers of IBM’s Power S822LC for HPC server. PowerAI is designed to run on a single S822LC server and also to scale to large-scale supercomputing clusters consisting of dozens, hundreds, or thousands of servers.

Initial client uses for the new IBM Power S822LC for HPC servers include the Human Brain Project, a research project funded by the European Commission to advance understanding of the human brain.