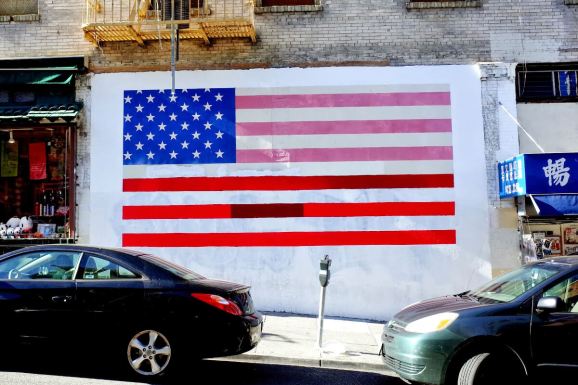 A bot that helps people complete visa applications to enter the United States has launched in the aftermath of the U.S. presidential election. Available in beta on Facebook Messenger, Visabot helps complete the kinds of visa applications typically sought by skilled tech workers and startup founders.

“Our slogan is ‘We help immigrants make America great again’, because we believe that actually America was built by immigrants, and of course it’s kind of stupid to think the problem…is too many immigrants are coming here,” said Visabot founder Artem Goldman. Prior to the launch of Visabot last Friday, Goldman created a marketplace for legal consultation in Russia. Helping exceptionally talented people get to Silicon Valley supports innovation in the U.S., Goldman said.

“We believe that the people that can change their country and go to America, they’re the most talented and enthusiastic people, and of course America should invite them and give them all opportunities to be here and to build the economy,” he said.

A 2010 report found that roughly 40 percent of Fortune 500 tech companies were created by immigrants or the children of immigrants.

In other words, to make Google you need both Larry Page and Sergey Brin, the son of immigrants from the former Soviet Union. And to create Apple, you don’t just need Steve Wozniak; you also need Steve Jobs, the son of a Syrian immigrant.

By Friday, the Southern Poverty Law Center said it had received more than 200 reports of hate speech aimed at immigrants, people of color, and people of the Muslim faith since the election of Donald Trump. Speaking with 60 Minutes Sunday, Trump said the crimes should stop.

On Sunday, Trump also vowed to deport up to three million people who are in the country illegally.

Visabot was not launched to make a political statement and was not created to assist in the legal protection of people who are in the United States illegally, Goldman said. Rather, it’s intended to help reduce legal fees for people who want to apply for O-1 visas, designed for exceptional individuals; B-2 visa extensions for tourism or business; and (soon) H-1B and L-1 visas for skilled workers.

It’s unclear how H-1B temporary work visas will fluctuate under a Trump administration or Republican-controlled Congress, but Trump began his campaign by making immigration a signature issue.

“I will end forever the use of the H-1B as a cheap labour program, and institute an absolute requirement to hire American workers first for every visa and immigration program. No exceptions,” Trump said in March 2015.

In recent years, through groups like FWD.us, companies like Facebook have argued that the U.S. workforce alone does not provide the technical skills their companies need to succeed.

As a startup founder from Russia, Goldman has gone through the process of getting visas from the U.S. government. He said that he found meetings with lawyers had less to do with legal advice and more to do with repetitive tasks and filling out forms. To complete the administrative tasks, Visabot asks users a series of questions, fills out the appropriate forms, then supplies instructions for how to send final documents to United States Customs and Immigration Services (USCIS).

“We worked with immigration law firms, and we took cases without names to analyze [them] and see which scenarios get the most success” Goldman said, and “that’s what we’re trying to grow with our bot.”

Questions the bot fails to answer can be discussed over Skype with Visabot immigration lawyers. The first session is free, Goldman said.

Bots have kicked up a lot of dust in the legal arena this year.

Last month, a group of scientists and legal professionals created an artificial intelligence tool trained by the case text of hundreds of trials. The group found that its AI is able to correctly predict the outcome in four of five human rights cases heard by the European Court of Human Rights.

Do Not Pay bot helps people in New York, London, and Seattle challenge traffic tickets and has saved consumers millions of dollars and pounds since its launch last year. Creator Joshua Browder is currently working on a voice-enabled bot that will help refugees draft asylum letters.