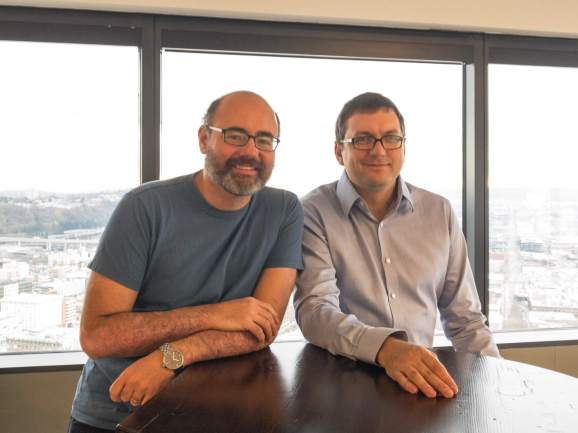 Heptio, a startup that aims to help large companies use the Kubernetes open-source container management software, is today coming out of stealth mode and announcing that it has raised $8.5 million in funding.

The two people behind the startup are Joe Beda and Craig McLuckie, who both worked at Microsoft before joining Google, where they contributed to the development of Google’s core cloud infrastructure service, the Google Compute Engine, as well as the launch of Kubernetes. Now they’re building a whole company around Kubernetes.

“If you believe surveys (Gartner, OpenStack, etc.), Kubernetes is already pretty well deployed in proof of concept scenarios and early production deployments,” McLuckie, the startup’s chief executive, told VentureBeat in an email. “While I was at Google I got tremendous interest from most every vertical you could name (financial services, telecommunications, retail, etc.) around this technology but folks didn’t want to be tied to a single cloud provider, or a single OS (operating system), or a single PaaS (platform as a service). They wanted a pure-play Kubernetes company.”

The move is reminiscent of how the people who built Apache Kafka spun out of LinkedIn to commercialize Kafka as an independent startup called Confluent. But building a big business around open-source software is not the easiest thing to do, so it will be interesting to watch Heptio to see how large the Kubernetes opportunity turns out to be.

One startup that focused on the software, Kismatic, got acquired earlier this year by PaaS company Apprenda. CoreOS, which packages up Kubernetes as part of its Tectonic offerings, announced a $28 million funding round in May. But Heptio doesn’t necessarily see CoreOS — or Docker or Mesosphere, for that matter — as potential competitors. Rather, McLuckie pointed to unnamed “legacy IT solutions” and devops tools as the ones that Heptio could challenge.

Kubernetes can be deployed in clouds such as Google or Amazon Web Services (AWS), or in companies’ on-premises data centers. So it’s reasonable that the Heptio duo are looking to help out in both environments. In doing so, they aim to be a “product company,” McLuckie wrote. In other words, he and Beda don’t want to simply provide commercial support. Exactly what products will come out, McLuckie didn’t say. But he made it clear the startup will do its work “in the open.”