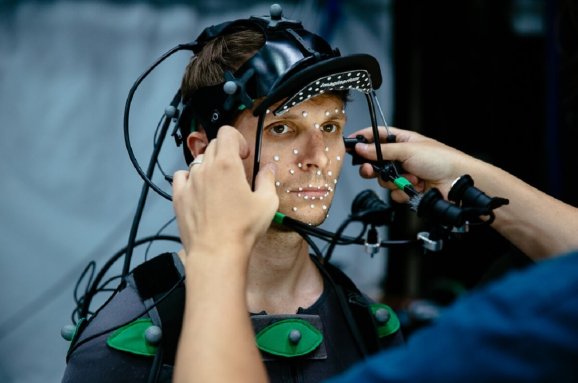 Intel, The Royal Shakespeare Company, and The Imaginarium Studios have teamed up to create a digital avatar, or virtual character, based on Ariel from the play The Tempest.

Imaginarium is creating a production of The Tempest, one of Shakespeare’s most imaginative plays, to bring a new experience to both new audiences and seasoned theatergoers alike.

The technology, developed by Imaginarium and powered by Intel’s processors, takes audiences on a journey where performance capture technology renders a digital character, Ariel the sprite, live on the Royal Shakespeare Theatre stage. This rendering of an entire digital environment — in this case an avatar in real time — eliminates the need to produce it in advance and project it on stage. At the same time, it enhances the spontaneous atmosphere of a live performance.

The technology works by capturing the actor’s movements and facial expressions to ensure that the actor’s full performance is translated into the digital character. The RSC, Intel, and Imaginarium have undertaken more than a year of research to bring digital avatars to life on stage in real time, interacting with live actors.

The show is being directed by RSC artistic director Gregory Doran, with RSC associate artist Simon Russell Beale as Prospero. It is being designed by RSC director of design Stephen Brimson Lewis. The project also uses Epic Games’ Unreal Engine.

Penny Baldwin, vice president of global marketing and communications group at Intel, said in a statement, “At Intel we are excited to use our technology to add an extra dimension to such a rich cultural tradition as the theatre. Throughout this collaboration with the RSC and The Imaginarium Studios, we are bringing together the best of live theatre with cutting-edge technology to deliver an amazing experience to the audience.”

She added, “Together we have created a human-digital interaction that feels ‘alive,’ immersing the audience in a live environment, with a theatre company which has always been at the forefront of radical experiment.”

Doran at the RSC said in a statement, “I was inspired by the very latest stage machinery and lighting effects employed in the Jacobean masques of the 1600s, and started to think about the kind of theatre Shakespeare might have wanted to create if he were alive today. Thanks to the extraordinary innovation and imagination of the teams at the RSC, Intel and The Imaginarium Studios, we believe we have created a unique theatre experience, which marries our distinctive theatre skills with cutting-edge technology, to give our audiences something out of the ordinary to mark the conclusion of Shakespeare’s 400th anniversary year and bring his work to a whole new generation.”

To match the spontaneity of live theater, the avatar is created with 336 joints, the equivalent to recreating every joint in the human body, and is powered by a PC that has 50 million times more memory than the one that put man on the moon.

Running through January 21, 2017 in Stratford-upon-Avon, tickets are available through the RSC. Here’s a video preview.