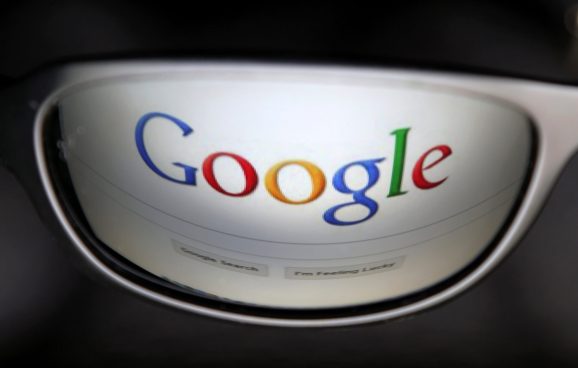 A Google search page is reflected in sunglasses in this photo illustration taken in Brussels May 30, 2014.

The transformative power of technology is stunning. Fifty years ago, if you told someone you needed to search for a piece of information, they would think that you were headed over to a wall of encyclopedias at the library. Fifteen years ago they would have thought that you were going to go sit down at a bulky desktop computer to type something into a Yahoo search bar. Five years ago the image would include a smartphone in your hand, fingers tapping away. Today the idea of a search is becoming more and more synonymous with simply speaking out into the air.

According to a 2014 report from Google (which includes the latest numbers available), 55 percent of teens and 45 percent of adults use voice search from their smartphones. Those numbers are higher today, as voice has become smarter. This data only includes voice searches from smartphones, not from other platforms like the Amazon Echo or the Xbox.

How voice search is different

The move to voice over text is a big one, because voice search is completely different from a traditional search. Here are the basic ways that voice is disparate.

Our verbal linguistics often don’t match up with our written word. We’ve gotten used to typing major keywords into Google, but voice search works differently. It works by phrases.

The language of effective voice search is conversational and natural. Increasingly we find that voice search is adapting to human speech so that we can talk to digital assistants in a way that is at least similar to the way that we talk to each other. “Siri, tell me where the closest grocery store is” has much more of a conversational sense than just typing “grocery store” into a search bar. And guess what? That changes how websites and businesses will interact with customers and alters best practices for search engine optimization.

Voice search allows us to ask questions instead of just putting a phrase out there and hoping for the best. You might say “Cortana, what time is it in London?” instead of typing in “London timezone.”

Asking questions is the primary way that people pursue information. It comes naturally because it offers clarity to what we’re doing. As digital assistants become more savvy, there will become more and more of a delineation between asking a digital assistant a question and giving them a task to do — which is where search comes into the equation.

You might say “Alexa, start the dishwasher” as a command to carry out a task, but you might search by asking “Alexa, which dishwasher has the best energy rating?” Phrasing and tone of voice will therefore become central pillars for developers to build on.

Though this feature is in many ways still in its infancy, voice search is becoming more and more adept at offering simple, authoritative answers as opposed to offering a list of search results.

Digital assistants are useful when they provide users with clear, concise information. Lengthy, unfiltered search results aren’t easy to parse with voice feedback, and so for the functionality of voice to be truly effective, voice responses have to be boiled down to what’s really important to the user, in addition to being accurate.

Digital assistants like Siri, Alexa, Cortana, and Google’s Assistant all are tied to specific people. Whether it’s on the phone or attached to a home-based device, voice search is connected to a profile. That connection means that search becomes personalized. The more that users engage digital assistants, the more accurately they can direct searches.

This is something that we’re already seeing with text search as well; however, the personalization of the voice interaction makes this feature even more pronounced.

Verbal linguistics used for voice searches are fundamentally different from the language used with traditional searches. Likewise, the language and form of SEO needs to change in order to bring relevant search results to the top of the list.

Siri, Cortana, Alexa, and all of their friends are setting the stage for search that’s completely different from what we’re used to. Understanding how those changes are going to affect the way that we search is key to finding success on the web of the future.