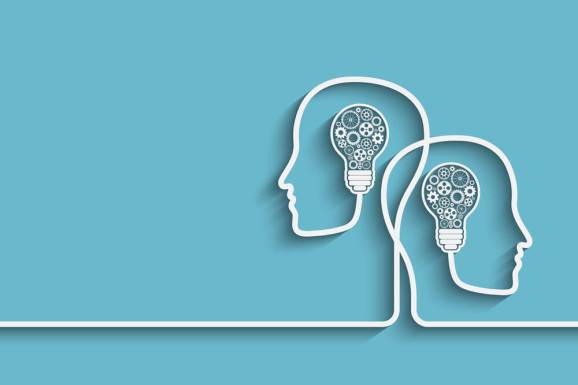 Long ago, software developers shared code and expertise freely. They didn’t call it “open source,”  or even “ free software.”  It needed no special name at all. It was simply “computer science.”

Private industry and military initiatives may have underwritten early computer science research, but the work itself largely took place in academic settings. Computer science and software design was an academic pursuit, and it followed the traditions and norms of other arts and sciences. Knowledge and information was something one shared, and genuine breakthroughs were the amalgamation of many previously shared discoveries. Progress occurred when programmers built on what had come before. Software development was always a highly collaborative process.

Eventually, as software became more complex and more valuable, people began to think of it as intellectual property. It still took the coordinated efforts of many people to complete a project, but much of the collaboration left the openness of the academy and moved into the walled gardens of private industry. Over time, common knowledge became proprietary information, and shared expertise became trade secrets.

But some computer scientists and technologists  never stopped sharing. They knew keeping their work in the open was important. They understood that quality emerged from collaboration, and the more open and active the collaborative ecosystem around a project was, the more successful the project would be. The worldview needed a name. These programmers called it “software freedom.”

For a time, keeping the development of software free and open to broad participation was primarily a grassroots movement of small, independent groups, usually in large research universities, who continued to engage a big, distributed development team.

For some, software freedom was a humanistic movement enshrined in manifestos. Others saw it as a business opportunity, a better, more efficient way of creating value. Instead of an ideology, they saw a business plan.

So these more commerce-minded practitioners of software freedom coined the phrase “open source.”

In software development, “open source” refers to the visibility and availability of the source code. Because the source code is available, people can see it, learn from it and improve it to meet their needs. People who need or want new and better features can simply create and add those features. If the features these users propose are powerful and useful enough, then someone might consider adding those customizations to the main product as a standard offering.

It can take a village…or the whole world

The distributed “team” developing and updating the product expands on a global scale with a virtual hive mind, divvying up the completion of tasks, so there are few limitations to — and often a faster turnaround on — implementing new features and improving the software on an ongoing basis.

The best example of how the open source process works is the Linux kernel.

In 1991, Linus Torvalds, then a computer science student at the University of Helsinki, took an interest in operating systems and set out to create an operating system that would be a free alternative to Unix.

Coupled with applications from a free operating system named GNU, Linux grew into a full-featured project — and today, it’s at the heart of millions of computer systems, servers, and networking gear, as well as a growing number of consumer devices, such as televisions, video game systems, and some of the self-driving car projects.

The open source thinking that powered the Linux project has evolved into the driving force behind all sorts of software products, from web browsers (such as Chrome and Firefox) to database management tools  (such as MySQL) to audio editors (such as Audacity) to content management systems  (such as WordPress) to programming languages  (such as Go and Python) to operating systems (such as Android, which is, in turn, built on a variation of Linux).

In fact, much of the Internet was (and is) built on open source software. And it’s expanded beyond community collaborations to projects that major companies — including Apple, Google, Microsoft, and Oracle — drive today.

Elon Musk recently helped launch an open source non-profit called OpenAI, which seeks “to build safe AI, and ensure AI’s benefits are as widely and evenly distributed as possible” — a strategy that isn’t surprising considering Musk’s approach to community development. In 2014, he declared “that Tesla patents would not be used to initiate patent litigation against anyone wanting in good faith to use their technology.”

The prevalence of solid open source applications and packages means companies of all sizes are using them. Open source products aren’t just for small businesses looking to save a few bucks thanks to no-cost. You’ll find open source powering companies across the board, from home businesses and mom-and-pop shops to Fortune 500 enterprise firms.

Most people assume that open source software is free to use, and while that’s usually true, nothing about it restricts programmers wishing to charge for a piece of software they’ve created. There are a wide variety of open source licenses, some more permissive than others, but in general they allow anyone to see, learn from, modify, use, and and share the code as they see fit.

Take WordPress: The popular content-management software is free to use, but companies are making money by setting up, hosting, and maintaining WordPress sites to a client’s specifications, charging for premium plugins or page themes, as well as for providing support.

Red Hat is another open source success story. Founder Marc Ewing often wore his grandfather’s red Cornell lacrosse cap while working in the Carnegie Mellon’s computer lab. His expertise and helpfulness was well-known, and the red hat made him easy to find, so when he started offering his own curated Linux distribution bundle, he called it Red Hat Linux.

Since then, the company has built a lucrative business — initially through boxed-software sales to hobbyists and consumers, eventually evolving into an enterprise software vendor offering subscriptions for a broad portfolio of solutions ranging from an operating system like Red Hat Enterprise Linux to middleware, virtualization, storage, and cloud technologies. Red Hat also capitalizes on its long history of open source expertise by offering enterprise customers training courses and exams for certifications, consulting, solutions architecture, and other services. Red Hat was the first open source-based company to hit the milestone of more than $2 billion in revenue.

At the heart of Red Hat’s business is the software subscription, which brings customers end-to-end product assistance, from a full and complete suite of software products for installation, necessary updates and bug fixes, detailed product information and documentation, and support for each of those elements.

The subscription also includes help solving “customer problems, in some cases even those involving non-Red Hat products.” And customers get the assurance that there’s someone standing in their corner when they need to figure things out, whether it’s getting more information on how to accomplish something particular or to troubleshoot a problem and get it all working perfectly again. The heart of the Red Hat subscription, the thing that makes it uniquely valuable, is the spirit of helpful expertise that founder Ewing was known for. “If you need help, look for the guy in the Red Hat.”

Openness is de rigueur in all aspects of the Internet Age, and today the ubiquity or large-scale collaboration makes it easy to forget how important the free software movement and its open source descendants were. Keeping computer science an open process, with broad participation from every corner of the globe, unleashed decades of creativity and the ensuing breakthroughs, shared by everyone, and transformed the world. Red Hat was at the center of that transformation.

Cloud computing puts enormous computing power and resources in the hands of anyone with a credit card. Social media connects the world, giving everyone the ability to easily share their ideas, hopes, dreams, and cat videos with the world. And there are millions of instances where applying the methods of open source development to other problems are yielding enormous benefits.

Just one amazing example: a couple of cancer patients are seeking to disrupt disease science by sharing their respective medical statuses, data, and developments in the most public ways possible –through social media, websites, and TED Talks. And users are sharing hundreds of open source software projects with the world — not only so individuals and companies can benefit from their capabilities, but so that the software can be conceived, created, and improved through crowdsourced development and refinement.

Free and open collaboration has indeed given us some great software, but it’s also given us the tools and insights to make the world work better for everyone. Freedom, as a catalyst for innovation, is unbeatable.