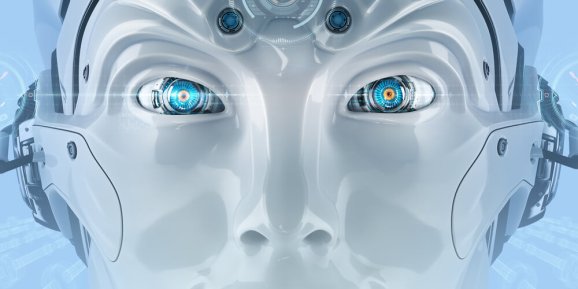 AI is coming, and the chatbots are here.

“‘It may be a hundred years before a computer beats humans at Go  —  maybe even longer.”  New York Times, 1997

Software development has gone through massive paradigm shifts over the past decade. Once limited to developers with years of study or access to expensive servers, web development has now become a trade for which bootcamps crank out developers in a matter of weeks. And we are rapidly approaching our next paradigm shift, with AI-based code generation. When we reach that inflection point, web development will have officially died, and the labor force is woefully unprepared for what’s next.

Here are some of the paradigm shifts that have brought us to this point.

WordPress launched on May 27th, 2003. Since its launch, the platform has continued to grow in popularity through rich plugins and themes that allow any non-technical entrepreneur to launch their own website without writing a single line of code. While the platform does have its limitations, it is still good enough for a staggering 26.5 percent of the entirety of the web. What about the other 74.5 percent? Enter shift 2.

Once widely considered a toy language, Node has quickly taken over the web and fostered an incredible open-source community. For those who are unfamiliar, Node is a way for JavaScript to run on a server. What’s so incredible about Node is that the same developers who were only writing client-side code (front-end web development) can now write backend code without switching languages.

In addition, there is an incredible community that rallies around and thrives off of open-source contributions. The infrastructure and open-source packages are very powerful, allowing developers to not just solve their own problems, but also to build in a way that solves problems for the entire community. Building a software product with Node today is like playing with Lego blocks; you spend most of your time simply connecting them.

Shift 3: There’s an API for that. SaaS, BaaS, and other frameworks

Need to add some facial recognition to your new picture app? What if you want to interpret the emotions of people in a photo? There’s an API for that. Virtually anything you can think of now has a API (for all intensive, non-technical purposes, another Lego brick).

What this means concretely is that any given software can now be easily created using open-source tools or some application-specific APIs. If you gave a web developer two weeks and told them to clone any major consumer product, they could do a basic version using these tools. Seriously, anything.

Of course, this is not the same as building a company, but it’s an incredible increase in the marginal productivity of an individual developer. You don’t even need to write your own backend anymore. And it’s not because developers are any better than before, it’s because they are standing on the shoulders of giants.

Where we are now

Ok, let’s take stock. Need a website?  You don’t need to write code. Need a highly customized web app that does something unique? Stitch some Node packages together in a toy language. Need a mobile app? You can write JavaScript and get a native mobile app on Android and iOS from one code base. Need some advanced machine learning in your app? There’s an API for that. Can’t find a developer for your company? Call a bootcamp; they have 100 capable people who have just graduated. That’s pretty good, but we are close to the end. Developers are now being trained to do what will eventually be automated by strong tooling and intelligent code generation.

Businesses are being built on an amazing selection of open-source packages, robust development tools, and hybrid frameworks. They employ students who learned how to code in 12 weeks. It’s not a stretch to imagine that one day, anyone will be able to drag and drop whatever business idea they have to create a performant, scalable, and maintainable app.

There are already companies providing services that allow a non-developer to build a custom web app, from scratch, without a single line of code. Others are already using machine learning to build and design things for you.  Although there are still customization tradeoffs, over time they will become marginal, at best.

When it seems anyone can build anything

Obviously, this is not to say that anyone will be able to build anything. For every 1,000 developers who use an open-source package (a Lego brick) there is the one who built it. We need to be teaching how to build the Lego pieces. We need more engineers, not more stitchers. That doesn’t happen in 12 weeks, and it hardly happens in four years.

We need to encourage more web developers to level up their skill sets and learn more about AI, AR, VR, computer vision, and machine learning. These are the skills of the future, and they’re here today. Those who don’t see this and who fail to retool over the next few years will risk getting out of an expensive boot camp only to find themselves getting paid the same salary as the office manager.

The web is saturated. It’s a solved problem. Mobile is saturated too. For every app idea you have, there are three in the market, and four that were built but are eternally resting in the startup graveyard. We need to solve harder problems, and that takes skills beyond the toolbox of modern web developers.

Where to go from here

Education is the only way out, and traditional institutions are lagging considerably. It’s going to be up to the individual to take learning into their own hands. If you’re a business owner, perhaps it’s time to think about training your technical employees for the future — Google has.  If you’re a web developer whose core competency is JavaScript, Ruby on Rails, or PHP,  you should start retooling today. Whether it’s machine learning or computer vision, retooling now will give you an edge to build things that haven’t been built yet, or at the very least, secure your position for the future. Bootcamps have hacked web development into a 12-week course, so why can’t we do the same for the skill sets of the future?

(Quote selections in the introduction are from Chris Dixon.)