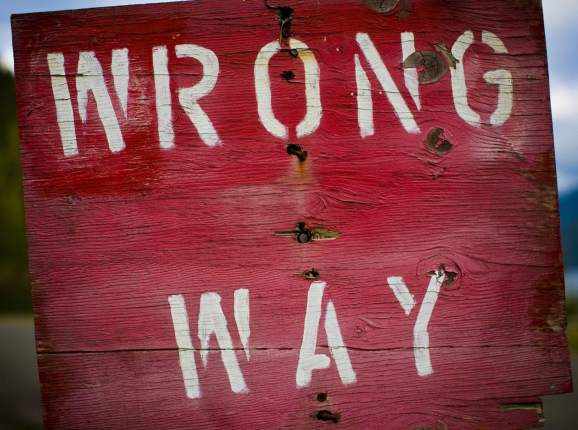 Google and Facebook are without a doubt two of the greatest entrepreneurial success stories of the digital age. Both companies serve billions of users. They are the winners of our era. But what if they got the core of their business wrong?

What if Google and Facebook focused on the wrong monetization strategy from a long-term perspective? What if ads are inferior to transactions? And what if we can watch our future unfolding in China today?

There are a growing number of signs that this might be true. One of the most revealing is the rapid evolution of China’s e-commerce market and Tencent’s rise to the top as China’s most valuable tech company.

Tencent’s success point to a business model that goes beyond ads: direct transactions. Instead of mainly selling ad impressions to advertisers while – more often than not – annoying users, Tencent decided to sell virtual goods — and now physical goods — by delivering these commercial transactions directly to consumers on any channel or device. Give people the chance to immediately buy what they want, when they want it. If you can see it, you can buy it: right here, right now on your mobile device.

Tencent’s WeChat application is revolutionizing e-commerce. It integrates orders, payments, and customer care right into your chat app with tremendous success. Nine out of 10 people in urban areas in China use WeChat already.

And by all measures, Tencent’s approach has been a huge success, enabling it to reach more than $10 billion in revenue in the first half of 2016. That’s 48 percent more than a year before. And all that growth happened while maintaining a net margin of 30 percent. Even very happy Amazon shareholders might feel jealous of these numbers.

Unlike Google and Facebook, which generate around 90 percent and 97 percent of their revenues through ads, Tencent generates the majority of its revenue through enabling direct transactions.

No doubt, digital ads are a growing business in China and will generate many billions in revenue. But advertising is not the dominant business model there that it is in Silicon Valley. And it might never be.

Even in the U.S., Google is confronted with signs of trouble. Google is no longer the #1 search engine for product searches. That title now goes to Amazon. And Amazon is pulling further ahead. In 2016, 55 percent (up from 44 percent in 2015) of consumers use Amazon to search for products, while only 28 percent (down from 34 percent) use Google. This creates significant long-term problems for Google because these are the best searches to monetize. Google knew this and started Google Shopping a while ago to compete with Amazon. It is a great service that I personally enjoyed using. However, the above numbers seem to suggest the move was too little, too late.

Given the growing success of ad blockers on mobile devices, we can expect even more headwind for any form of digital advertising – old and new – that disturbs or annoys users. Nobody likes to be bombarded with ads, but most of us like to buy nice things. And that might be the winning monetization strategy of the future: making it easier to buy the things we like.

Apple and Facebook seem to have taken the WeChat lesson to heart. Both companies have opened up their messaging platforms for external apps, enabling transactions right inside a chat and adding the ability to make payments or move money around. You can order your Uber ride, send money with Square Cash, or share your favorite fashion items with the YOOX app inside Apple’s iMessage. Plus you can use Apple Pay on your Apple device to pay for stuff on the Internet. Not to be forgotten, Facebook turned its whole platform into a marketplace. Now, all companies can start selling products directly from their Facebook page.

In the future, shoppers can expect to have more and more options to spend their money in more social ways without leaving their favorite apps. The distance between a piece of content showing a product and the purchase of that product will further decrease. Amazon’s One Click Shopping will be the norm wherever you are. And since we spend most of our time in messaging apps, that is where we will discover and buy most new things.

It did. For many years, Facebook launched efforts to monetize through transactions and through a digital wallet built into its platform. It hasn’t been successful though. The main reason ads ended up being dominant in Silicon Valley might have been the starting point. When Google and Facebook started their monetization efforts, the U.S. already had a sophisticated retail ecosystem with broadly accepted payment options and significant advertising budgets. The Internet penetration was significant and growing even though there was no mobile Internet yet. In this environment online advertising worked pretty well compared with all the other options. It was relatively easy to implement, scalable and efficient. It just worked.

Trying to monetize online transactions was a much harder thing to do. It also wasn’t a must-have for American shoppers. They were pretty satisfied with their malls and super stores and could usually buy whatever they wanted.

Not so much in China. The country lacked a comparable retail infrastructure, and the growing middle class didn’t have easy access to many retail options. The main problem to solve was enabling people to spend money and buy stuff. Fortunately, they had the mobile Internet from the start and no legacy system in their way. China’s Internet ecosystem leapfrogged the established patterns of the western world.

What does this all mean for brands?

Brands might be the biggest benefactors of this development. More platforms to reach more customers will enable successful brands to sell more. Shoppable products will live on mobile apps, mobile sites, messaging platforms, social networks, online marketplaces, and new platforms we haven’t even imagined yet.