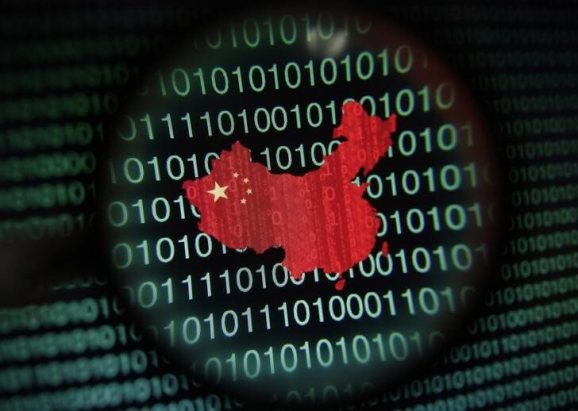 A map of China is seen through a magnifying glass on a computer screen showing binary digits in Singapore in this January 2, 2014 photo illustration.

A year after China’s central government proposed a far-sweeping social credit system to turn citizens’ mundane online activities into a record of creditworthiness, local governments are beginning to compile records in the system critics dismiss as Orwellian.

The news reflects the unease existing in China today.

China’s ruling Communist Party is nervous about the prospects of social unrest as economic growth slows and millions of eligible workers are laid off amid reforms to the country’s heavy industry sector. The social credit score program, which the government hopes will combine disparate big data on its citizens for the first time, will likely make it easier to monitor and reward citizens who act suitably while punishing those who don’t. It’s a program China’s government can’t do alone, so it is enlisting some of the country’s best-known companies to help create it.

Alibaba’s Alipay payment system is one of eight companies involved in the first experiments around China’s social credit scoring system, the WSJ said. Alipay compiles scores based upon a user’s smartphone brand and what they buy online, before offering users perks for high scores.

“We want people to be aware of” their online behavior having an influence on their online credit score “so they know to behave themselves better,” the WSJ quoted Joe Tsai, Alibaba’s executive vice chairman, as saying.

Tencent is another obvious candidate to join the government’s efforts. Tencent’s WeChat social network, which has a scrolling “moments” feed and messenger service similar to Facebook’s offerings, has 800 million monthly users. Their online news posts and “likes” provide a history of their online persona the government is looking to use.

Sina’s Twitter-like Weibo platform could be monitored for similar reasons.

Baidu is another company likely to join the government’s program. The dominant search engine already cooperates closely with officials to censor content and boasts a business devoted to analyzing big data.

China’s government says it wants to roll out the social credit score program nationwide by 2020. By then it will likely be relying on data culled from across China’s most popular internet companies to rate its citizens’ creditworthiness.