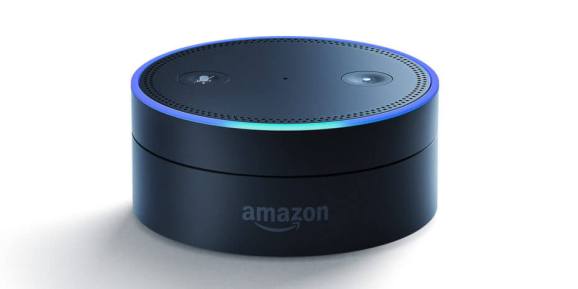 Amid a flurry of major news for Amazon’s Alexa, the company today shared plans to beef up the Alexa Skills Kit with a library of hundreds of built-in commands within the next few weeks.

“Intents” are used to understand the most basic commands from users. Earlier this year, Alexa only had 15 intents and slot types — for commands like “Stop,” “Cancel,” or city names.

The news was announced by Amazon Echo evangelist David Isbitski in a blog post today and addressed by Prasad in an Alexa State of the Union address delivered at the AWS re:Invent conference in Las Vegas.

“With the new built-in intents library, weather becomes an object that Alexa knows a lot about, both weather itself and its attributes, but also how a person may ask for the weather,” Isbitski wrote. “Our interaction model now can be done with no sample utterances and a single intent! We call this new type of interaction an Intent Signature and it includes actions, entities and properties. There are numerous Intent Signatures available for use in your Alexa skills across all sorts of categories.”

New intents will initially only be available for Alexa users in the U.S.

The number of Alexa skills in the Alexa Skills Marketplace has grown from around 100 at the beginning of the year to more than 5,000 today, Isbitski said.