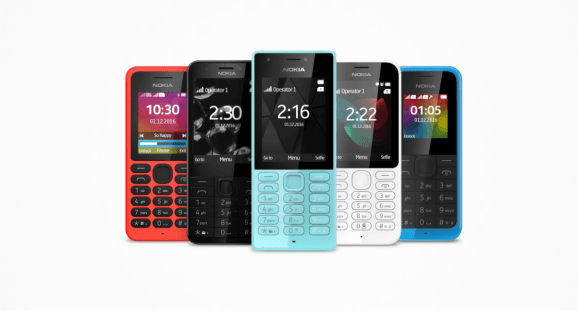 A new slate of Nokia-branded mobile devices is coming, as the Finnish tech giant confirmed that it has finalized a 10-year brand- and intellectual property-licensing deal to bring feature phones, Android smartphones, and tablets to market.

The news comes six months after Microsoft confirmed it was selling its feature phone business — the one it had acquired from Nokia — to FIH Mobile, a subsidiary of Taiwan-based electronics giant Foxconn, and a new business vehicle called “HMD Global Oy,” for about $350 million. The deal is now complete, and Nokia-branded feature phones will continue to be sold in regions where there is high demand, which is mostly emerging markets. In addition, Nokia has revealed that a whole new line of Android smartphones and tablets will be coming in 2017.

Once a major mobile phone brand, Nokia has nestled in an odd place since selling its mobile phone business to Microsoft, but it has still been operating two core divisions: its network infrastructure business, Nokia Networks, and Nokia Technologies, which has sought to keep the brand alive and kicking in the consumer realm. Nokia Technologies had been fairly quiet, but it does sell the virtual reality (VR) Ozo camera, and it recently acquired digital health-tracking company Withings for $192 million.

But Nokia is a mobile phone company at its core, and it has long indicated that it would return to making phones through brand-licensing agreements. The reason? It hasn’t owned the manufacturing and distribution tools to make and ship mobile devices since Microsoft swallowed it up. This is why HMD Global was founded — it’s essentially a new private company created under Nokia’s volition. Nokia is not an investor or shareholder in HMD, but Nokia will receive royalty payments from HMD for every device sold. And HMD’s CEO is Arto Nummela, who was formerly Nokia’s head of Microsoft’s Mobile Devices business in Greater Asia, Middle East, and Africa, as well as of Microsoft’s now-sold feature phones unit. So HMD effectively operates the Nokia brand with FIH Mobile, bringing the manufacturing muscle needed to usher the devices to market.

“We’ve been overwhelmed by the enthusiasm shown around the world for the return of the Nokia brand to smartphones,” said Brad Rodrigues, interim president of Nokia Technologies. “The HMD Global team has the ambition, talent and resources to bring a new generation of Nokia branded phones to market, and we wish them every success. I’m sure our millions of Nokia fans will be excited to see their new products!”

And to help make this news feel a little more real, Nokia now has a section for its own branded phones on its website, though nothing is on sale just yet, and the company is quick to point out that this area of the website is operated by HMD.