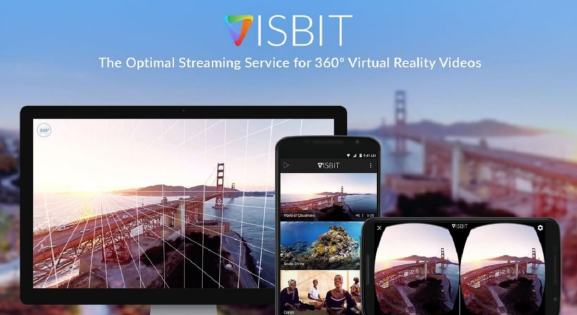 Visbit has a streaming service for VR.

“We back companies that are breaking down barriers to enable VR to go mainstream,” said Amitt Mahajan, founding partner at Presence Capital, in a statement. “By ensuring publishers have the greatest possible impact with their content, and viewers experience the most immersive, highest quality content, Visbit is taking a huge step in that direction.”

The company will use its funds to further accelerate the development of its patented Visbit View-Optimized Streaming (VVOS) technology. This technology is the first to stream and play near-zero latency 360-degree VR videos in 4K to 8K resolution over regular Wi-Fi and LTE for mobile  — and, eventually, tethered VR headsets.

“Virtual reality is at such a tipping point, and, to date, far too many users have been disappointed in their experience. Our technology is set to change that for content creators and publishers, as well as the viewers, by delivering the best quality VR videos,” said Changyin “CY” Zhou, cofounder and CEO of Visbit, in a statement. “We’re excited to have such prominent backers joining us in our seed round of funding. This and the launch of our closed beta brings our company to a very exciting time of growth and execution in taking our vision to the next level.”

With Visbit’s technology, content creators can show their stories in high-quality imagery to the widest audience, while saving time, cost, and effort. End users are able to enjoy better quality VR videos without buffering, downloading, or upgrading Wi-Fi, resulting in a better overall experience with no extra cost or effort and allowing for better VR accessibility.

Visbit’s streaming service is currently available in closed beta for use on mobile VR platforms Samsung Gear VR and Google Cardboard. Additional VR platforms — both mobile and tethered — will be announced in the coming months.

The company was founded in 2015 and is based in Sunnyvale, Calif.