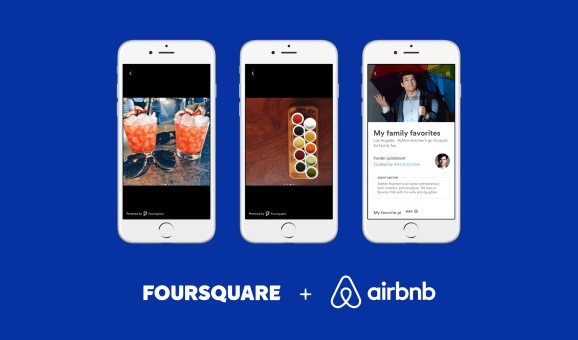 Airbnb has partnered with Foursquare to import photos into its Guidebooks.

Airbnb has struck a deal with Foursquare to bring crowdsourced photos into its new Guidebooks in an effort to provide a more authentic view of highlighted neighborhoods and cities. Not every image will come from the location-based service, but the effort is one way Airbnb wants to avoid using touristy images and provide a more realistic perspective of places you’re interested in traveling to.

The pairing between Airbnb and Foursquare is based on both service’s travel-centric focus. The former has spent many years helping guests bypass the traditional hot spots and blend in with the locals, while the latter relies on users to help others find the best places to eat, drink, and visit.

In April, Airbnb began a series of changes to its app, launching the first travel guide instance, which provided advice from people who actually lived in the city instead of other travelers. The guides are available in at least 35 cities worldwide, including Austin, Bangkok, Barcelona, Lake Tahoe, London, Los Angeles, Seoul, Sydney, and San Francisco. This product is a part of the company’s transformation into what it calls the “trip platform.”

Normally when you’re perusing tourist guidebooks, the photos featured are professionally done, but this runs counter to how Airbnb likely wants its Guidebooks to be viewed. It wants you to see a destination from the perspective of a local, which is why the Foursquare integration comes into play. On Foursquare, not only are all photos user-generated, but they’re consistently geo-tagged — thus there’s a high likelihood the burger shown is actually from the place referenced by the author.

Airbnb has become the first Foursquare integration to use the location-based services’ extensive library of more than 500 million photos. The company joins Snapchat, Twitter, Uber, Apple, Samsung, and the more than 100,000 developers that have tapped Foursquare’s location intelligence to make apps more contextually aware.

Interestingly, prior to this announcement, I posited that Airbnb should acquire Foursquare — and I’m not the only one who has thought about this. When I asked Foursquare about a potential deal like this, the company declined to comment. However, today’s news offers a perspective about the role Foursquare’s data could play within the travel service.