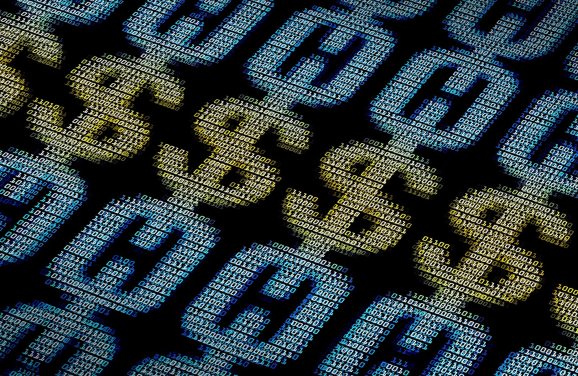 Blockchain startups are disrupting the VC and fundraising landscape with initial coin offerings (ICOs), a new form of investment that allows blockchain-based projects to raise funds by selling cryptocoins to early investors. As VentureBeat recently covered, this type of fundraise is booming at the moment.

ICOs are considered easy money — they’ve raised hundreds of millions of dollars over the past three years — but they’re also a very risky. Many of these projects have raised millions of dollars without even presenting proof of concept or even a proper whitepaper and have later failed to deliver on their promises of return on investment or even functionality.

Several members of the blockchain community have cautioned that the technology may be in the midst of a hype cycle that could make a limited few rich while driving others into bankruptcy. So several experts, most prominently Nick Tomaino, a blockchain expert and Principal at Runa Capital, are pushing for guidelines to help investors evaluate ICOs and blockchain projects before investing. More on that in a minute.

Why the hype around ICO?

Crypto enthusiasts who invested in first generation cryptocurrencies, Bitcoin and Ether, saw big payoffs. As a result, investors today “are now overweighting vision and underweighting execution when making investment decisions,” says Tomaino. “This has allowed projects with little more than an idea to raise millions of dollars.”

“As soon as investors hear about an ICO, they seem to forget about anything they have learned about standard due diligence necessary for any off-chain investment,” says Shermin Voshmgir, founder at Blockchainhub.net. “Many people new to the scene seem to think that crypto tokens have some magic powers of making you rich fast. Often they don’t understand the underlying tech well enough, nor do they understand the different roles and functionalities that a token can have. The only thing they do seem to know is that people who invested in Bitcoin and Ether early, became rich fast, and they want to replicate that for themselves.”

There’s also something inherent to the nature of blockchain technology that exacerbates the problem, since anyone can purchase cryptocurrencies without having to go through the hurdles or middlemen common to other types of investment.

“There seems to be a real potential for a startup to short-circuit the whole VC process and ‘sell’ the idea directly to potential customers,” says Tim Zagar, cofounder at ICONOMI Fund Management Platform.

So, how can investors evaluate ICOs?

Back to those guidelines I mentioned earlier: Tomaino, who has weighed in on the ICO hype extensively, has proposed a set of standards and practices around launching and investing in ICOs, which could help potential investors better evaluate blockchain startups.

One of the most interesting arguments Tomaino makes is that every cryptotoken project must have a solid raison-d’etre, a functionality and mission that can’t be accomplished with other available cryptocurrencies.

Tomaino also underlines the need for a well-documented whitepaper that clearly demonstrates the functionality of the project and the problem it solves.

Startup teams need to be more upfront and transparent about who they are, Tomaino stresses. “If the founding team of a project is not sharing ideas and progress on public channels like Reddit, Slack, Twitter, or Bitcointalk, this is a red flag,” he says. “All legitimate projects have active, open discussions across social channels.”

How to bring order to chaos?

A couple of interesting projects have emerged to protect ICO investors and help blockchain entrepreneurs adhere to best practices.

WINGS is a blockchain-based platform where Decentralized Autonomous Organizations or DAOs can be created and managed. It uses a new forecasting system based on incentivized crowd intelligence to predict the amount of funds a certain project should receive during a crowdfunding campaign and to rate its overall potential. The WINGS community is responsible for intensive research and background checks, much like a decentralized research analyst. WINGS DAO token holders get compensated for providing forecasting and analytical services and earn reputations for providing quality services.

ICONOMI, which recently raised $10 million in an ICO, has committed to creating a fund that will invest in ICOs but still offer protection to investors. The company has kickstarted an ICO mentoring program to help ICO projects reach their full potential while providing a level of investor protection. The program will help ICO project teams clarify their business proposition and business plan and help with marketing, communication, and other services.

And Adel, a self-regulating blockchain startup incubator, will soon launch a platform to assist in the proposal and development of blockchain-based projects. Members can introduce their projects to the Adel community and get help on solidifying their proposals for funding. The Adel team will advise projects in various fields such as finance, marketing, tech, and law.

Despite a tumultuous start, the ICO culture is likely here to stay. As this market matures and becomes increasingly reliable, it could rival the traditional VC investing.