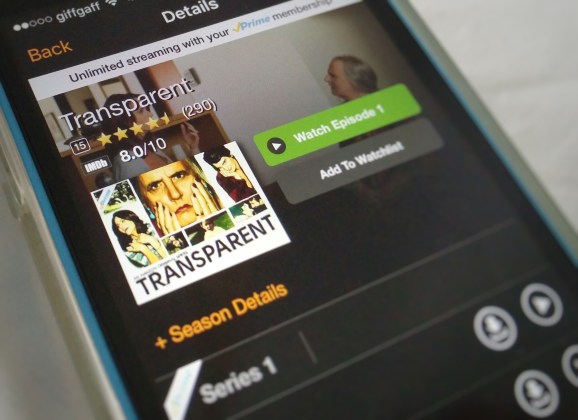 Amazon has announced that Amazon Prime Video is now available in more than 200 countries around the world.

The mass rollout represents a significant expansion for a service that has hitherto been restricted to just a handful of markets, including the U.S., U.K., Germany, Austria, and India. Amazon Prime Video is now available more or less globally, and sees Amazon go head-to-head with Netflix, which expanded its global footprint significantly back in January when it landed in 130 new markets. Amazon Prime Video will cost subscribers $3 (€3) per month for the first six months, before being hiked up to its normal price of $6 (€6).

We already knew that Amazon was planning to expand its Prime Video service; when the internet giant signed up former Top Gear presenters Jeremy Clarkson, James May, and Richard Hammond for a new car-themed show back in 2015, Amazon said that the show would be available to “hundreds of millions” of fans globally. It wasn’t clear at that time whether Amazon planned to license the show out to broadcasters, but over the past few weeks it has become increasingly apparent that Prime Video was being “primed” for prime time.

One of the obstacles facing any video-streaming company launching globally is rights agreements, as movies and TV shows are generally negotiated on a market-by-market basis. This has been a perennial pain in the posterior for Netflix, but as its own arsenal of original content has grown, it has become less of an issue. However, it is still an issue, which is why content slates can vary widely between countries.

Amazon is quick to point to its own original programming slate, including the new Top Gear spin-off The Grand Tour, which launched in mid-November. The show is thought to represent one of Amazon’s biggest-ever investments in original content, at a cost of somewhere in the region of $250 million. Bottom line, The Grand Tour, alongside Amazon’s other investments, such as The Man in the High Castle, need to get in front of as many eyeballs as possible, so Amazon really needed to make Prime Video available globally. As an aside here, the move also gives those who may otherwise be tempted to download a pirated copy of The Grand Tour a legitimate avenue to pay for it.

Amazon Prime Video content is mostly available in English, with subtitles and dubbed versions in French, Italian, Spanish, and Portuguese also available for some titles. As in existing markets, Prime Video can be watched globally through the web, Android, iOS, Fire Tablets, and some smart TVs. But it’s not yet available to stream via Chromecast.

Amazon Prime Video is normally bundled alongside the annual Amazon Prime subscription, which includes things like free and fast delivery of goods, music streaming, and a bunch of other perks. But today’s news isn’t ushering in a broader launch of Amazon Prime around the world, as that service is still only available in fewer than 20 markets.