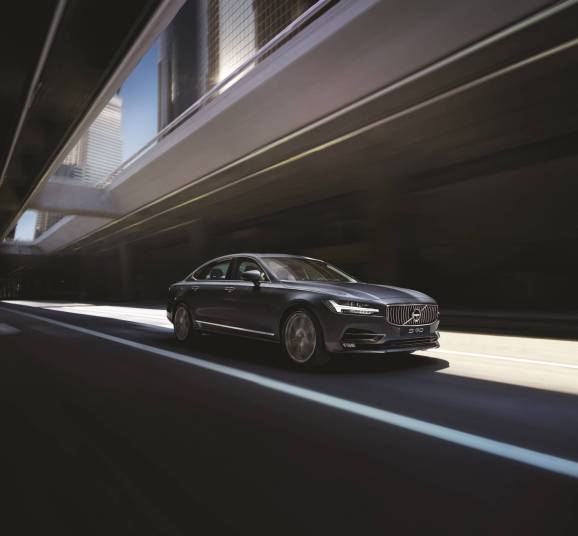 You can take the Tesla Model S, I’m ready to move on.

I understand all of the hype, but seriously — the car costs $68,000 for the base model. To get all of the bells and whistles, with the fastest acceleration and all of the self-driving features, you can expect to pay about twice that, or around $118,000. Who has that kind of cash? Not me.

Volvo has tweaked their self-driving tech since I tested the 2016 XC90, which lets you take your hands off the wheel and rest your feet from the gas and brake during short stretches on the highway at lower speeds. That model, a high-tech marvel at the time, matched the position of the car in front of you. In the S90, Pilot Assist mode (standard in the base model) works without the required “platooning” with another car. And it feels exactly like a robot is driving.

Now, I’ve also tested the Model S several times, and it also feels like the sensors have taken over. In the S90, it’s even more pronounced — nudging you, adjusting, doing the hard work. A bot can scan all around the road at all times. In one case, the sensors noticed the other car next to me was sliding around a bit on some ice and coming into my lane, so the car also moved over — like it was on a magic carpet, honestly, an invisible hand moving the steering wheel.

The tech freaks you out a little because it works so smoothly as you drive. The car shifts around slightly, compensating for other cars, a curve in the road, and any other dangers.

Enabling Pilot Assist is also easier in the S90. You press one button on the steering wheel to change from adaptive cruise (only your speed adjusts) to automated steering and speed. It’s designed to take some of the tedious mechanics out of highway driving. In some ways, the automation helps you focus more on the road because the car is scanning for problems.

For the automotive industry, this all has to work out. Last year, there was a slight rise in the number of car fatalities for the first time in several years, so 2016 could even arc up even more. Every major automaker is working on self-driving tech in some form.

Two months ago, I was driving on a dark road and slammed into a massive deer that totaled the car. A robotic sensor would have detected the deer and braked automatically. In fact, the S90 has a Large Animal Detection sensor that can tell the difference between a person and a large animal like a moose. It could have easily prevented my accident.