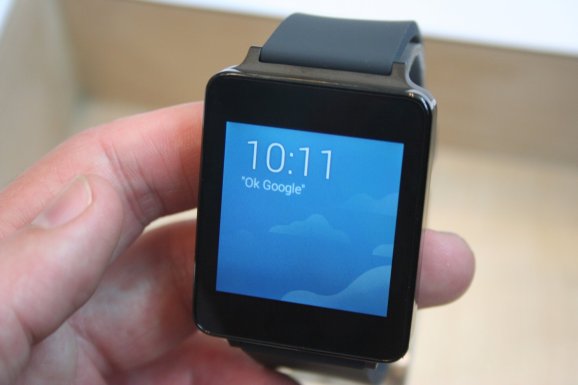 Google today confirmed the rumor, started by my colleague Evan Blass in October, that it will release two new smartwatches running Android Wear 2.0 in the first quarter of 2017.

Google's two smartwatches will be released with Android Wear 2.0 in Q1 2017 [image courtesy of: https://t.co/so8uJyEZCy] pic.twitter.com/ruejqXSNSy

This follows earlier speculation that two flagship watches would be coming out — but it was not clear if the devices would be Google-branded like the Pixel smartphones and the Google Home, or Nexus-branded like the Nexus 5X and 6P of 2015, or something else.

It turns out that the watches will carry the brand of the company that’s actually making the devices in partnership with Google, sort of like Nexus phones and tablets, according to a report today from The Verge. In an email to VentureBeat, a Google spokesperson simply identified the company as a “partner OEM” or original equipment manufacturer.

The report comes after weeks of concerns about the smartwatch industry in general. IDC earlier this month said that Apple Watch sales in the third quarter was down 71 percent year to year. And Fitbit has elected to buy early smartwatch star Pebble for just $30-40 million and shut it down.

Google unveiled Android Wear 2.0 at its I/O developer conference, with the most recent developer preview coming out earlier this month. The new version of the smartwatch operating system lets people run apps without being paired to smartphones. Smart Reply, which first made its debut on Inbox by Gmail, is also there.

What Google hasn’t said until today is that Android Wear 2.0 will include the Google Assistant, a voice-activated system for communicating with Google. Google Search and the Google App have offered speech recognition with OK Google in the past, and more recently the Google Home and Google Pixel hardware feature them prominently. Now Google’s fleet of watches will be able to take advantage of the full-fledged Assistant instead of just OK Google, which has been there since 2014. Android Pay will also be part of 2.0, the Google spokesperson told VentureBeat.