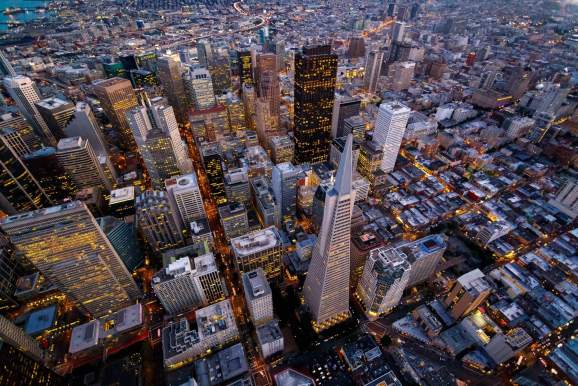 Silicon Valley is at important inflection point. It can continue to pursue its version of change or it can respond to the popularist call for disruption that has swept elections in the US and across EU member countries.  At this moment, there are two possible 2017s. One is the normative version, with the SNAP (Snapchat) IPO coming in March and adoption of AI/VR, 3D printing, next-gen security, etc. increasing to 30 percent. The other is transformative — a 2017 that is even wilder than 2016, as strange bedfellows become business partners and the true, radical vision of Silicon Valley change begins to happen on the most local of local levels.

I want to believe that we can accomplish the more difficult task. But it’s going to require investment in our algorithmic infrastructure. Algorithmic infrastructure comprises the traditional along with the cutting edge. It is the concrete, the rebar, and the rivets that hold our roads and bridges together. It is also the self-driving cars, the smart grid, the upgraded virtual infrastructure that protects our citizens and the integrity of our elections as well as assures the free flow of ideas and commerce.

None of these upgrades is possible, however, without an upgrade of our emotional infrastructure. The 2016 presidential election taught us that Big Data has its limits. It can tell us everyone’s favorite flavor of ice cream, but it can’t give us shared purpose. The crumbling of our roads and bridges and our overtaxed energy grid matches the faults in our social fiber. 2017 needs to be the year we begin to repair our relations with one another. Emotional infrastructure is the rebar of our society. The now-obvious damage of Facebook tribalism, the me-too spirit of Reddit forums, the drive-by sarcasm of Twitter and meme culture will hopefully inspire us all to find a new understanding.

The 2017 that I want will see collaboration between Silicon Valley and Government, Silicon Valley and Regular Folks, Silicon Valley and the Future. Silicon Valley needs to reinvent how it relates to a broad range of stakeholders. The fix is not tweaking the Facebook algorithm to prevent the flow of fake news created in the UK and Macedonia to influence elections in Ohio. The fix is providing real choices to everyone who has been on the losing end of globalization. The goal is to give everyone a positive horizon to move toward – here on Earth, not Mars.

Our current state of affairs has been a long time coming. Uber, Lyft, AirBnB have all built massive war chests for channeling consumers into new patterns of purchasing behaviors by prioritizing precision over people, and rankings over regulators. The paradox is that the culture that gave us “user-centered design” patterns and tools for liking/rating each other with a swipe on our phones doesn’t seem to have been paying attention to the bigger picture of the greater civic good.

Initial change indicators are encouraging. On the physical and digital levels, pilot programs from Uber, Google-X, and Apple are putting the first self-driving cars on the road, and with market adoption of connected devices expected to surge, the smart grid will soon hit critical mass. On the emotional level, the news is also hopeful.

President-elect Trump’s recent gathering of Silicon Valley leaders in New York is emblematic of the two visions of 2017 we have been discussing. The normative is that the meeting was a formality, a Potemkin Village photo-op. The second, the transformative, goes beyond a smooth transition from business as usual, to business as a new, constructive chapter between Tech and the government. The vision that I am choosing to believe is that Trump’s interest in physical infrastructure combined with Silicon Valley’s mastery of the virtual is the type of collaboration that can make algorithmic infrastructure a reality.

As an inveterate optimist and a first-hand witness to the good that technology can bring to the world, I hope that a larger, more inclusive perspective can emerge.

Which brings us to a question more of us should be asking: Will 2017 be the year when the Digital Economy and the general welfare of all people will start converging — for a better world, and for all of us?

If you’re interested in taking on an activist role in making this convergence happen, keep an eye on Trump’s infrastructure “task force” and look for opportunities to influence the direction that takes. Or, if you’re more interested in acting on the local level, investigate what your city or town is doing to address the challenges of ensuring tech serves the public good. San Francisco offers a good example of how to build a workable initiative on this front.

Georges Nahon is the CEO of Orange Silicon Valley, and President of Orange Institute.