Lattis is unveiling its smart bike lock, the Ellipse, as a way to deter theft and notify your friends if you get in a wreck on your bicycle.

It appears that the Internet of Things, or making everyday objects smart and connected, is invading everything at CES 2017, the big trade show in Las Vegas this week. So why not bike locks?

Ellipse has an anti-theft feature, crash alerts, bike sharing, keyless entry, and bank-level encryption. It is shipping now and is available on Lattis‘ website.

“With the debut of Ellipse and the Lattis Bike Share Platform, the company enters the bike industry with the goal of transforming how bicyclists use and share bikes,” said Jack Al-Kahwati, founder and CEO of Lattis, in a statement. “Ellipse’s security and sharing capabilities have given us the flexibility to create a platform with an entirely customizable commercial bike share experience for both operators and bike share members.” 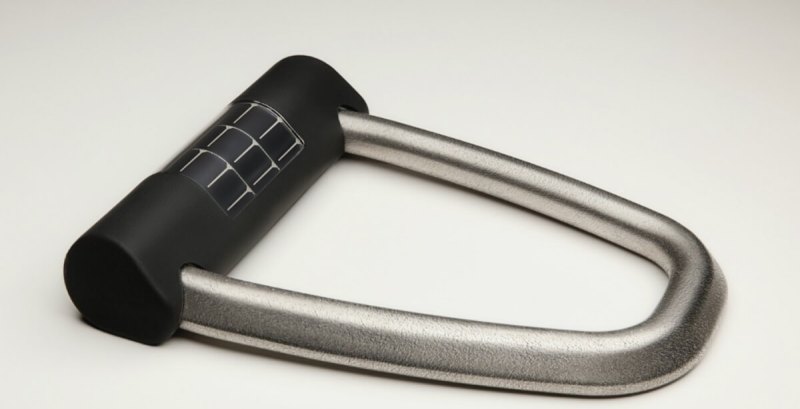 Above: Lattis tells your friends if you get in a bike crash.

Ellipse leverages accelerometer and Bluetooth technology that works up to 800 feet to give consumers crash alerts and theft protection.

Its keyless feature gives people the flexibility to lend their bikes to friends and family members. Consumers can lend their bike to anyone in their trusted network while keeping track of it via the Find My Ellipse feature within the app, which pinpoints the last place the bike was locked. This is also a handy tool for riders who have a little trouble finding their bike between rides.

The device doesn’t rely on smart technology alone to keep bikes safe. It features military-grade construction, including a dual-locking mechanism to secure both sides of the u-lock. Ellipse stays fueled on its own, with a built-in solar panel that virtually eliminates the need for manual charging, making it ideal for both consumer and commercial use. Just one hour of sunlight provides enough power to use Ellipse for a week. A fully charged battery (12 hours in the sun) lasts up to six months for average users. Ellipse can also be charged through a built-in micro USB.

For bike share members, the Lattis Bike Share platform offers the freedom to pick up and drop off a bike anywhere, a simplified smartphone payment system, and all the safety features that come with the Ellipse Smart Bike Lock.

Ellipse is available for purchase for $200. The Lattis Bike Share Platform will roll out during the first half of 2017.