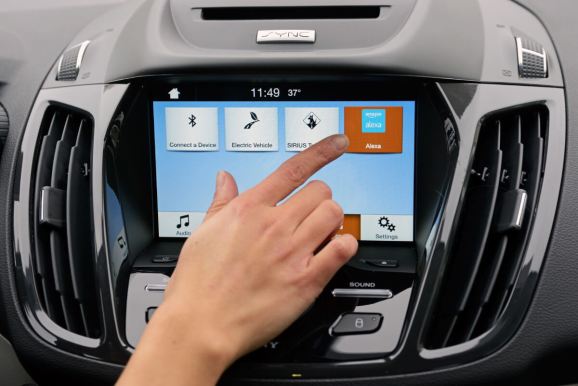 Ford Sync 3 will begin to work with Amazon's Alexa starting later this month, the carmaker said

Ford is working to incorporate Amazon’s Alexa into cars with its Ford Sync 3 service, giving drivers the ability to control their car and smart home devices, the company announced Wednesday at the Consumer Electronics Show (CES) in Las Vegas.

Owners of Alexa-enabled devices like the Echo will be able to turn the car on, lock or unlock doors, check fuel levels, and control IoT-enabled devices, such as home lights or a garage door. Alexa will also be able to tell an electric vehicle driver the exact location of their vehicle and the range of its existing battery.

The idea of putting Alexa inside Ford vehicles was first alluded to at CES last year.

Many announcements made at CES focus on the debut of new tech hardware, but Sync 3 is already inside 15 million cars. More than 40 million cars with Sync 3 will be on roads by 2020, the company said in a statement.

Information about the Ford cars will initially be available through Alexa-enabled devices later this month. A larger rollout with the ability to add Alexa skills is scheduled for mid-2017. Drivers of the Ford Focus Electric, Fusion Energi, and C-Max Energi will be the first car owners to gain the ability to speak with Alexa.

The news comes a day after Hyundai announced plans to incorporate similar controls for its vehicles, using Google Assistant.

Alexa already has the ability to control or share information with Hyundai, BMW, and Genesis vehicles, as well as with the Automatic car monitor.

The integration of AI assistants from both Google and Amazon into devices and cars has been a running sub-theme at CES.

Google Assistant will also be incorporated into a new and very round NVIDIA smart speaker and NVIDIA Shield TV, as well as Android TV-enabled televisions from Sony, Sharp, and Xiaomi.

Alexa will be integrated into Whirlpool washer and dryers, a Lenovo smart speaker, and the Huawei Mate 9 smartphone due out Friday for U.S. customers.