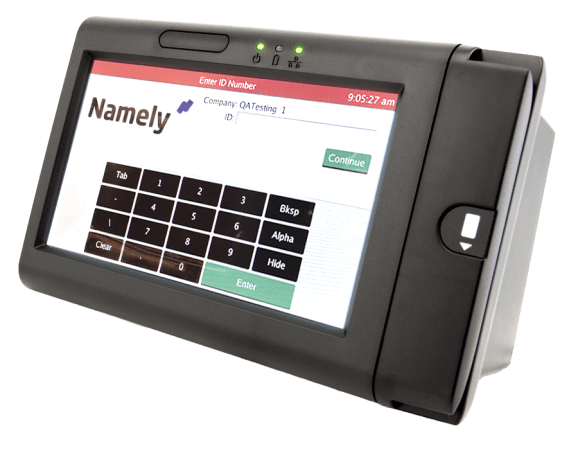 The New York-based startup targets mid-sized companies, which typically have 100 to 1,000 employees. “A few years ago, I noticed that all mid-sized companies had one thing in common,” founder and CEO Matt Straz told VentureBeat in an interview. “They seem to really struggle with getting the data that they need to run their business.”

Founded in 2012, Namely provides a software as a service (SaaS) for HR databases to companies who pay on a per employee, monthly basis. The fee ranges from $20 to $50 per employee. “It looks like social media,” said Straz, who explained that the platform has profiles along the lines of LinkedIn and Facebook. But one of the most important features, according to Straz, is the combination of HR, payroll, and benefits. “Our customers often have the same types of needs as larger companies, but they have an incredibly small staff,” he said. “They might only have one HR person.”

Namely has over 650 customers, half of which are tech companies, and processes over $4 billion in payroll a year. Clients include 1stdibs, Techstars, and OneLogin. Namely competes with payroll companies like ADP and Paychex, but it may get a boost in the HR space in light of Zenefits’ recent compliance issues.

In fact, Namely has recently updated its software to include features to manage regulatory and compliance issues. According to Straz, employment-related legislations change on a daily basis. “It’s not just federal legislations. It’s also the changes that happen at a state and local level, which are never-ending,” he said. And with the new Trump administration coming in, there are bound to be numerous policy changes to keep track of, including modifications to the Affordable Care Act, minimum wage, and other workplace rules.

This latest investment was led by Altimeter Capital and Scale Venture Partners. Previous investors, including Sequoia Capital, Matrix Partners, and True Ventures, also joined. The funds will be used to develop new products and services and to improve functionality. Namely has raised a total of $157.8 million, to date, and currently has more than 300 employees across offices in New York, San Francisco, and Austin.