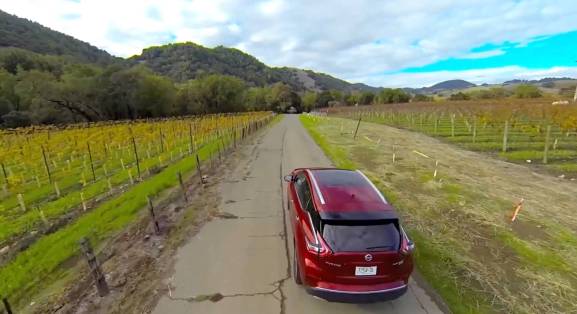 At the CES consumer electronics conference in Las Vegas today, Nissan announced that, as part of Microsoft’s existing partnership with the Renault-Nissan Alliance, it’s working with Microsoft around the use of the Cortana virtual assistant and other services that are part of a new Connected Vehicle Platform.

This builds on Microsoft’s commercial relationships with BMW, which involves Azure, and Volvo, which pertains to Skype. But with the new offering, Microsoft is going after carmakers in a unified way.

“Available as a public preview later this year, it brings Microsoft’s intelligent services from across the company right into the car, including virtual assistants, business applications, office services and productivity tools like Cortana, Dynamics, Office 365, Power BI and Skype for Business,” Microsoft executive vice president of business development Peggy Johnson wrote in a blog post.

The package of services calls to mind what Microsoft did in 2015 with its Cortana Intelligence Suite.

As a result of the partnership around the new platform, the alliance will “power next-generation, connected vehicles with advanced navigation, predictive maintenance, remote monitoring of car features and more,” Johnson wrote. More explicitly, as Business Insider points out, Nissan will be embedding Cortana into upcoming vehicles.

This comes a day after Google said that Daimler and Hyundai will be integrating the Google Assistant, and Ford said Amazon’s Alexa virtual assistant will be coming to its cars. Apple, for its part, fields CarPlay, which is integrated into hundreds of vehicles.

While Cortana is getting embedded into things like speakers, clearly Microsoft also senses an opportunity to be part of cars, particularly amid the current excitement around self-driving cars.