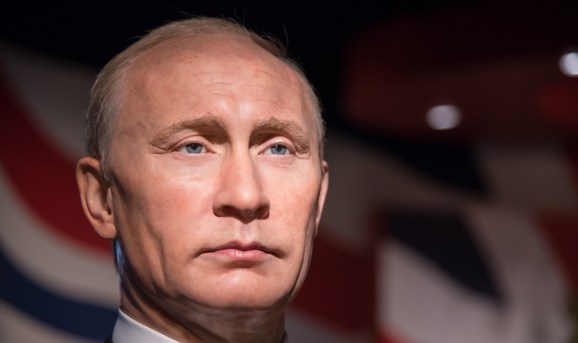 The following quotes are some highlights of the report, which was drafted by the Central Intelligence Agency, the Federal Bureau of Investigation and the National Security Agency, and released on Friday:

– “Russian efforts to influence the 2016 U.S. presidential election represent the most recent expression of Moscow’s longstanding desire to undermine the U.S.-led liberal democratic order, but these activities demonstrated a significant escalation in directness, level of activity, and scope of effort compared to previous operations.”

– “We assess Russian President Vladimir Putin ordered an influence campaign in 2016 aimed at the U.S. presidential election. Russia’s goals were to undermine public faith in the U.S. democratic process, denigrate Secretary Clinton, and harm her electability and potential presidency. We further assess Putin and the Russian Government developed a clear preference for President-elect Trump. We have high confidence in these judgments.”

– “We also assess Putin and the Russian Government aspired to help President-elect Trump’s election chances when possible by discrediting Secretary Clinton and publicly contrasting her unfavorably to him. All three agencies agree with this judgment. CIA and FBI have high confidence in this judgment; NSA has moderate confidence.”

– “Moscow’s approach evolved over the course of the campaign based on Russia’s understanding of the electoral prospects of the two main candidates. When it appeared to Moscow that Secretary Clinton was likely to win the election, the Russian influence campaign began to focus more on undermining her future presidency.”

– “We did not make an assessment of the impact that Russian activities had on the outcome of the 2016 election.”

– “Further information has come to light since Election Day that, when combined with Russian behavior since early November 2016, increases our confidence in our assessments of Russian motivations and goals.”

– “We assess with high confidence that Russian military intelligence (General Staff Main Intelligence Directorate or GRU) used the Guccifer 2.0 persona and DCLeaks.com to release U.S. victim data obtained in cyber operations publicly and in exclusives to media outlets and relayed material to WikiLeaks.”

– “We assess with high confidence that the GRU relayed material it acquired from the DNC and senior Democratic officials to WikiLeaks. Moscow most likely chose WikiLeaks because of its self-proclaimed reputation for authenticity. Disclosures through WikiLeaks did not contain any evident forgeries.”

– “Russia collected on some Republican-affiliated targets but did not conduct a comparable disclosure campaign.”

– “Russian intelligence obtained and maintained access to elements of multiple U.S. state or local electoral boards. DHS (Department of Homeland Security) assesses that the types of systems Russian actors targeted or compromised were not involved in vote tallying.”

– “We assess Moscow will apply lessons learned from its Putin-ordered campaign aimed at the U.S. presidential election to future influence efforts worldwide, including against U.S. allies and their election processes.”