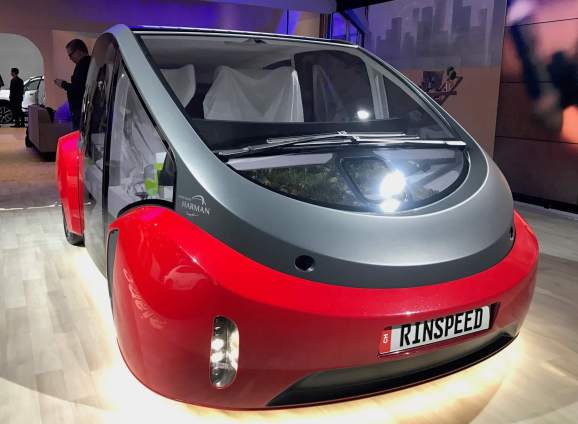 Soon, that may just be possible.

Swiss-headquartered WayRay, which makes holographic augmented reality displays for cars, announced a strategic collaboration with Harman, the car audio giant that is about to be acquired by Samsung. The technology, which I demoed at WayRay’s space in Harman’s massive booth at CES, is the first to provide full-color heads-up displays in your car windshield, and it offers much wider viewing angles than existing technologies do. 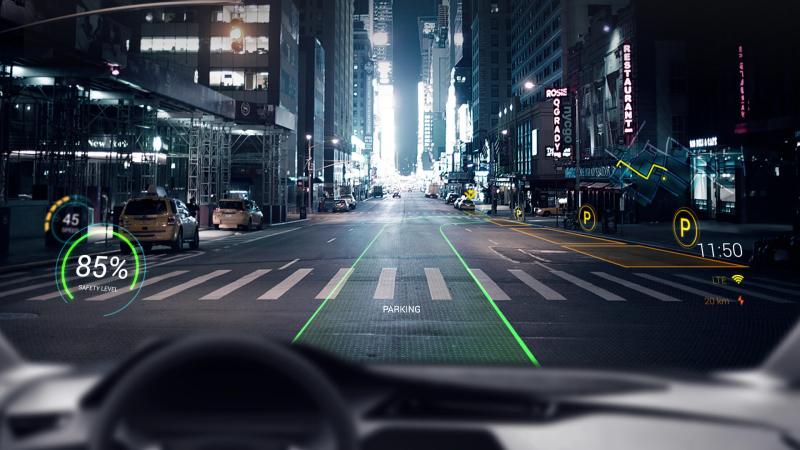 In standard driving applications, it provides the driver with features like speed, route information, safety data, and key waypoints. Passengers can use it to see more info about points of interest on their route — sort of a Google Field Trip in the car.

Eventually, however, the almost-invisible film on which the holograms are projected can be applied to every glass surface in the car. And in self-driving use cases, it could provide augmented or mixed-reality experiences — and even fully immersive VR. 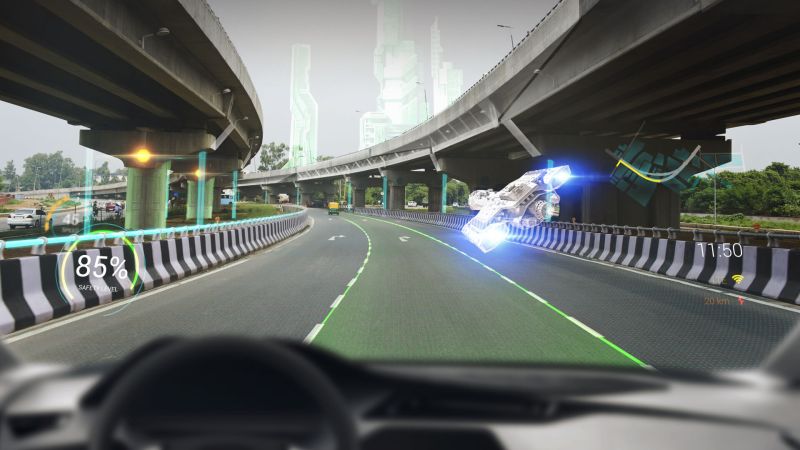 Or just watch a movie, while your car takes you from A to B.

At its current level of sophistication, there’s “literally no competing product like it” on the market today, WayRay CEO Vitaly Ponomarev told me. In addition, the hardware components are tiny — easy to fit into a dashboard — compared to existing products that require 18 cubic inches of space, he said.

The Harman collaboration is critical, since Harman brands like JBL, Harman Kardon, and Infinity are well-established in the automotive market, and the company is already moving into autonomous driving tech. Of course, this is precisely why Korean tech titan Samsung is acquiring the company — it sees Harman as its entry point into the increasingly hot car automation and telematics space.

That bodes well for WayRay, whose independence is both an advantage and a disadvantage.

As an independent, it can sell both aftermarket technology (its current sweet spot) and OEM-installed equipment for all brands. At the same time, it needs to overcome any not-invented-here sentiment on the part of car manufacturers. 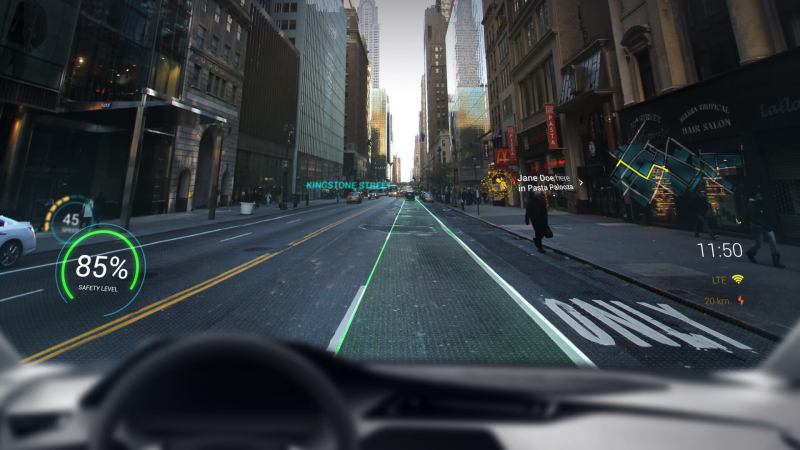 “Harman’s collaboration with WayRay further solidifies our commitment to deliver seamless, integrated, connected, and safer driving experiences,” Phil Eyler, president of Harman Connected Car, said in a statement. “As the leader in the connected car space, Harman is committed to driving innovation across the industry to deliver on the needs of both drivers and passengers.”

WayRay’s system incorporates the heads-up display hardware, a car tracker, and driving assistant component, as well as an app to control and manage the system.