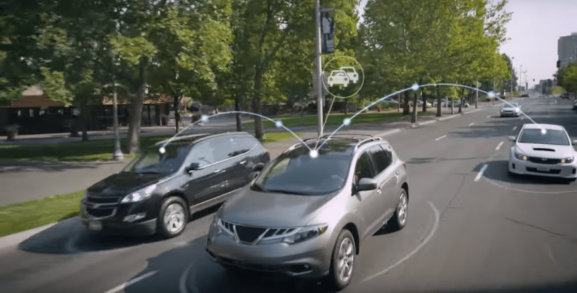 Forget what you know about autonomous cars for a moment. In the future, that’s only one small piece of the puzzle. The real money is on data-driven cars, a vast array of connected vehicles that feed rich data to a central server in hopes of improving more than just traffic flows. We’ll save time in traffic, avoid accidents, save fuel, find better nav routes, and much more.

Even in the next decade or two, there’s a slim chance most of us will own a brand new autonomous car or even one that’s retrofitted. That 2017 Subaru Outback is still going to be on the road, and someone — a second- or third-hand owner — will still drive it.

Yet what will happen is that cars will be connected to one another, the roadway, the infrastructure, and even beyond — to the Internet of Things, to the office, and to your home. This is a future Microsoft envisions, one that operates in the cloud. Even older cars could connect to the cloud, not just those that have self-driving features. And it could happen sooner than you think.

One big step forward is the recently announced Microsoft Connected Vehicle Platform, which provides the tools and algorithms automakers and any company in the automotive space needs to build the technology, analyze the data, and help drivers.

Doug Seven, the principal program manager for Microsoft Azure IoT-Things That Move, told me that the platform is a bit like having a set of Lego blocks. The platform can help with things like electronic payments in the car, or traffic reporting, or collision avoidance.

He gave a really good example. Let’s say you are sitting at home, wondering when you should head to work. Cortana on your laptop chimes in — you better leave for your meeting across town. The bot knows this because of a traffic delay. You decide to delay a bit, and when you finally climb into your Honda Accord, Cortana lets you know that you’ll be late and offers to conference you into the meeting. Because wireless congestion is a problem in your city, Cortana then picks a route that optimizes the call quality. You’re also low on fuel, so Cortana picks a station that’s along the route and one you normally like. You sit back and drive, letting the bot do the thinking.

This is distinct from autonomous driving. It’s data-driven driving, and it makes perfect sense given our hectic lives. (One side benefit to having a bot provide these services is that we won’t be as distracted — a problem that has created a rise in traffic fatalities for the first time in years.)

Seven gave another example of how this might work for safety purposes. As you drive, your car might connect to the cloud and look for roadway problems. Since many cars are connected to the cloud, you’d know that a ladder fell off of a truck a few miles ahead, based on reports from other cars. (Normally, it takes a long time before actual roadway incidents like this show up on traffic reports.) You decide to take a different route, avoiding any potential driving mishaps.

One of the benefits is that a computer can scan ahead multiple steps beyond what any driver could see. We notice problems just ahead, but data fed into the cloud could analyze many more steps ahead — that there’s black ice on one part of the road, an abandoned car, an unexpected weather condition, and several other issues, analyzing them all at once.

This will all lead to smarter cities where — as Seven explained — the data is all fed into a traffic management system and fed back out to drivers. It wouldn’t quite work like an air traffic control center, but the rich data would help city planners with load balancing and routing. Maybe parts of the highway system would be expanded or adjusted, or speeds changed, or lights adjusted in real time. As Seven noted, this could be the first step to a smart city that knows about every car on the road, the available routes, all traffic incidents, and even the optimal speeds.

After that, smart cities could start looking into parking, building locations — anything that can be connected and managed. Workers could all arrive around the same time to a perfectly preconditioned building with heating and lighting all preset. It’s all coming soon.

Here’s a good explainer video on how it all works: