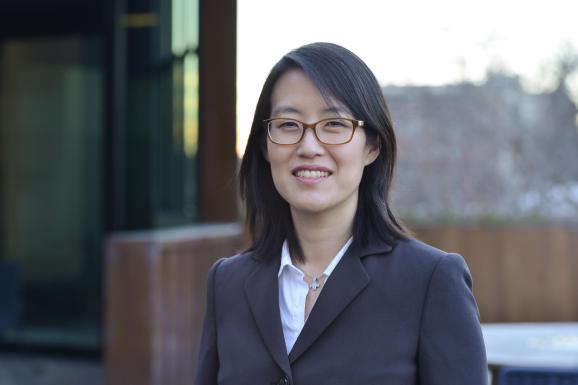 If you haven’t heard about the Ellen Pao trial, then you’re probably living in a remote silo somewhere in Antarctica. Her sex discrimination case against venture capital firm Kleiner Perkins Caufield & Byers went viral in 2015 when the court ruled in the firm’s favor. Since then, Pao has been a fervent advocate of diversity and inclusion in Silicon Valley, launching Project Include, which is now officially registered as a nonprofit.

Between her role as interim chief executive at Reddit and an angel investor, Pao has remained active. On Tuesday, she joined Kapor Capital as not only a partner, but also the chief diversity and inclusion officer at the Kapor Center for Social Impact. VentureBeat spoke with Pao about her role, diversity in Silicon Valley, investments, and Donald Trump.

VentureBeat: Since your time at Kleiner Perkins, do you feel that venture capital has at all evolved in terms of diversity and inclusion?

Ellen Pao: It’s been a mix. It hasn’t evolved as fast as where it needs to be, but there has been progress. If you look at some of the newer seed investing funds like Cross Culture Ventures and Precursor Ventures, the partners running the fund are people of color. There’s also Monique Woodard starting a fund with 500 Startups. So there’s been progress, but it’s still a tiny fraction. … If you look at the numbers from Social Capital, you see there’s been very little change.

VB: Do you think the key to having more women in the tech world, whether it’s on the investment side or the engineering side, starts with a more targeted education?

Pao: I think it starts with many different things. I think having people who are examples — which we’re starting to see with Charles Hudson, Arlan Hamilton, Monique Woodard, and many others who are starting to run their own funds — is one way to progress. Also making sure that people don’t get blocked. So when they’re interested in math and science at an early age, they’re allowed to continue to pursue that interest and are not pushed into other areas. Making sure that when they find jobs, they’re able to thrive and succeed and not be held back.

VB: But it’s also about changing the mindset of Silicon Valley, right?

Pao: I think so, and I think that one of the mentalities to also change is that it’s not just about women. It’s about people of color, people who are older, who are disabled. It’s about being fair to everyone and building fair practices.

VB: President-elect Trump has made his stance on diversity pretty clear. How will you help spread ideas of diversity and inclusion in tech throughout the next 4 years?

Pao: I think it’s through opportunities like this conversation that show how important diversity and inclusion are. I do think it’s the biggest opportunity in tech today. If you look at what our workforce would be if women were included fairly, it would contribute $28 trillion to the annual world GDP, according to a report by McKinsey. So if you think about what kind of impact you could have in tech if you were inclusive of women, and under-represented people of color, and people with disabilities, and people who are older, you could have a giant workforce. You could have four times as many entrepreneurs, founders, companies, venture capitalists, and really be building this phenomenal economy. So I see diversity and inclusion as being this huge opportunity for investors and companies to get ahead of what is coming.

VB: So hopefully, by generating discussions around diversity and inclusion, this will get the message through?

Pao: Yes, and I think if you look at where employees’ mindsets are, they don’t want to see their coworkers being put on lists, being forced out of the country, or separated by a wall. They are progressive socially for the most part, and I think that’s going to be a challenge for CEOs: to balance the regulatory environment with what their employees want in terms of culture and values.

VB: What did you learn from your time as interim CEO of Reddit?

Pao: Well, it was a helpful experience in trying to figure out how to move the culture forward. My predecessor Yishan Wong made a lot of effort to move from this very homogenous team to one that was more diverse and inclusive, and I worked hard to continue his work. But you see how hard it is to change a culture, even when it’s a small team. That’s when I brought in Freada (Kapor Klein) and Mitchell (Kapor), who were very gracious in trying to help explain why these changes were important to a team. It was also helpful to get back into an operating role and re-immerse myself into the daily trials and difficulties of running a startup. And it was also helpful to understand some of the issues today around inclusion and online harassment. A lot of that happens in society offline as well.

VB: How will you balance your roles as a partner at Kapor Capital and as chief diversity and inclusion officer at the Kapor Center for Social Impact?

Pao: You know, my primary role is at the Kapor Center, so I’ll be focusing on bringing diversity and inclusion across tech. And then on the side, as a smaller part of my role, I will be helping with investments at Kapor Capital, sharing my perspective from a decade of investing as a venture capitalist and an angel investor.

VB: What are your thoughts on Femtech (i.e. tech for women like ovulation tracking bracelets, period tracking apps, etc.)? Is this a sector you are looking to invest in? Because some people refer to this sector as niche, but it concerns more than half of the population!

Pao: As an angel investor, I actually invested in Flex, which is a menstrual disk that replaces tampons. So it is something that I am interested in. There’s been very little technological development and it does impact half of the population, so I do think there are a lot of opportunities there. I haven’t talked to the Kapor Capital team about it seeing as I’m just getting started here! But I do think it’s an underserved segment.

VB: Tell me a bit about your upcoming book, Reset. Will it be a memoir about your experience in Silicon Valley?

Pao: So the main purpose of the book is to help encourage other people to get as excited about tech and working in tech as I am. For many, there are a lot of barriers that prevent them from really enjoying their careers, and I want to show that despite all of the obstacles in my career, I’m still excited about tech. I’m still optimistic, and I want to encourage people to overcome obstacles and continue moving forward.

VB: Do you already have a publication date set?

Pao: No, we’ll be figuring that out in the next few weeks.

VB: Great, thank you for your time!