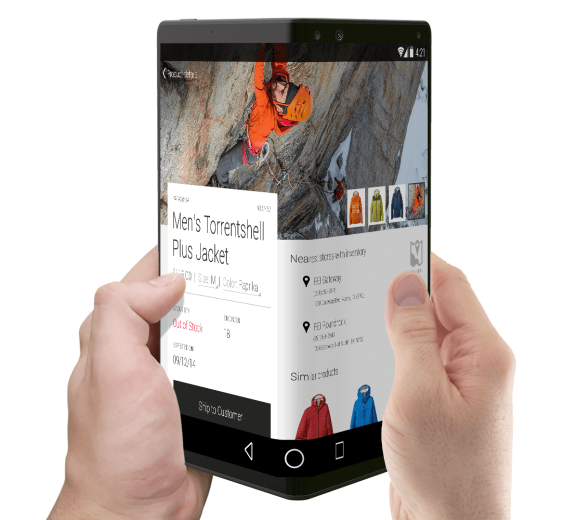 After years of rumors and false starts, both Samsung and LG are preparing to unveil portable devices with folding screens later this year, according to a report in the Korea Herald (via XDA).

Samsung is likely to produce 100,000 of the smartphone-cum-tablets in the third quarter, the Herald claims, while LG may manufacture the same quantity in the fourth quarter. The report cautions that neither company has finalized its plans yet.

Most of the report focuses on the Samsung device, likely the same product revealed last year under the codename Project Valley. While the device was initially designed to open like a book with both screens inside, according to the Herald, Samsung decided that consumers don’t want to constantly be opening and closing their phones, and thus moved the displays to the outside of the unit, when closed.

The device will reportedly be a seven-inch tablet when open.

Bloomberg reported last spring that Samsung might unveil its first foldable device as early as next month’s Mobile World Congress in Barcelona, Spain, but that timetable looks to have slipped, if this latest report is accurate.