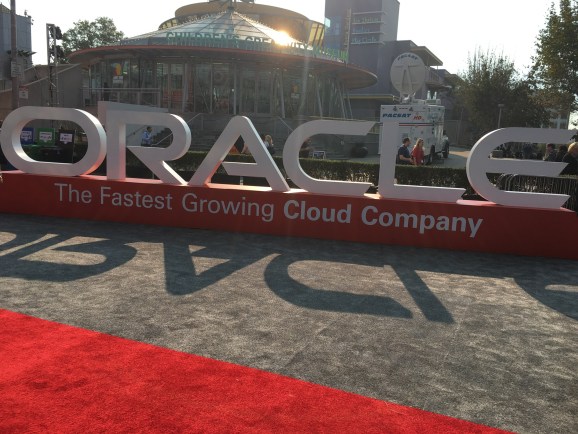 The public cloud arena has thus far been dominated by Amazon Web Services, with Microsoft Azure making a run. So far the leaderboard has Amazon at number one, Microsoft at number two, and then everyone else.

That ranking may not change materially in the next year, but get ready for a lot more talk from two other rivals that will be making their cases to sell cloud services to Fortune 500 companies.

For those who don’t follow this market, a public cloud is a massive set of connected servers and storage, running in data centers around the world. Customers, including businesses that want to curtail spending on their own data centers, can rent that capacity as needed. AWS kicked off this market just over 10 years ago and since that time nearly every tech vendor has scrambled to come up with its own answer to AWS.

Oracle has long relationships with the bulk of Fortune 1000 accounts, most of which rely on its database and business applications to run their accounts and transactions. But for more than a year, Amazon has made a concerted effort to woo these same accounts, as AWS CEO Andy Jassy noted in a recent tweet.

Last month, Oracle cofounder and chief technology officer Larry Ellison spent a good chunk of the company’s earnings call talking up the need for Oracle to do a much better job running its databases on its own cloud than Amazon can do.

The other big tech player that wants to show its cloud to be worthy of Fortune 500 customers is Google, which invested heavily in Google Cloud Platform.

At the Google Cloud Next event in March, Eric Schmidt, executive chairman of Google parent company Alphabet, along with Sundar Pichai, chief executive of Google, and Diane Greene, senior vice president, will talk about progress they’ve made here.

While no one doubts Google’s ability to provide services at a huge scale, the company has struggled selling into enterprise accounts, which require a certain amount of hand holding and services that Google is not exactly known to provide its Internet search or advertising customers.

To its credit, Google seems to be listening. Early this month, for example, it published a guide to the Google Cloud Platform for data center professionals.

Michael Driscoll, chief executive of Metamarkets, which provides real-time analytics to big companies, is impressed with Google’s services but agrees it needs to come up with some big customers. Google Cloud customers include Spotify and Evernote, but that fact is not likely to persuade the chief executive of a bank or insurance company that Google is the cloud to store or process his company’s data.

Nonetheless, Driscoll said no one should sell Google short. “I have great respect for [Google Cloud chief] Diane Greene and they know they’re behind and have to make some big news to catch up,” he said on a recent tech podcast.

“Google needs some referenceable customers at this stage,” he says, “and may have to pay some money to get those customers.”

While Oracle was born-and-bred to work with enterprise customers, Google, like Amazon before it, comes to this arena from the consumer realm, and that means some attitude adjustment is in order.

Companies with consumer DNA are not used to providing in-person or telephone support simply because the economics won’t support that expense. That’s why Amazon had to reboot to approach these sorts of businesses by, for example, cultivating relationships with big systems integrators like Cap Gemini and Accenture that have worked with big businesses for decades.

Now Google must do the same. When it comes to big customers, Driscoll said: “Sometimes you need to take a client to dinner and talk to them — especially when they’re spending a few million dollars a year with you.”

Expect Google to make some news on that front in March.

And, while AWS remains the big honcho in cloud, all of these competitors also have to keep one eye on Microsoft, which is arguably in the best position to sell cloud to big business accounts. That’s partly because it already has those business relationships via its Windows and Office franchise, and also because Microsoft jumped into the public cloud business earlier than enterprise-focused rivals like Oracle.